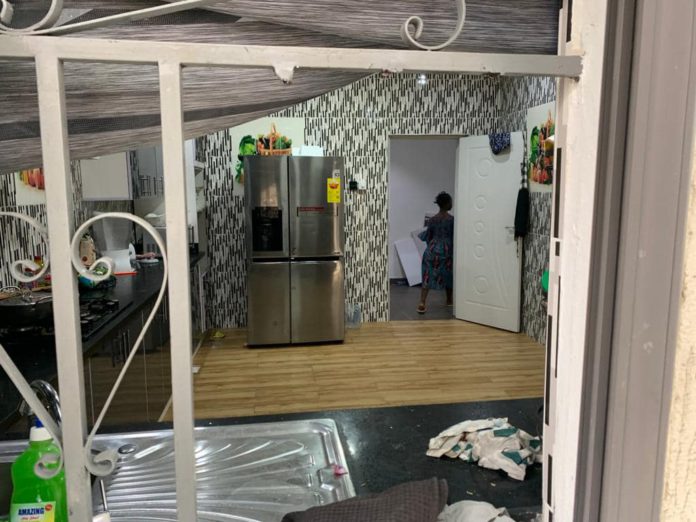 Madam Akwada, who doubles as the leader of NPP Ladies, narrated the robbers entered the house through her kitchen.

Wielding weapons including guns, they cut off the burglar-proof in the window.

The incident occurred on Wednesday while she was home with her daughter asleep but woke up to meet the operation ongoing.

She had earlier raised the alarm via Facebook, calling on the police to come to their rescue.

In another post after the operation, she said they made away with several belongings, perfumes and an unspecified amount of money.

“I tried to pull my daughter so we can escape by locking the door but one of them appeared on us from nowhere with a gun and knife pointing at us, asking me to choose either me or my daughter who wants to die first. The armed robbers asked us to face the wall and we complied,” she narrated.