Leaders of the Tertiary Students Confederacy (TESCON) are not ready to accept their fate of being denied ballot casting.

Their six designated ballot boxes have been rendered purposeless, following an injunction placed on them together with local proxy voters.

This, leaders of TESCON have described as unfair, especially as they said they were not priory informed of the injunction until about few minutes ahead of the voting.

A representative of the College of Nursing, Ntotrosu, Ahafo branch, Oppong said the announcement came as a shock to them and they are yet to be furnished with a reason for the decision.

He fears the injunction is strategic as a genuine dispute to warrant their barring has not arisen, per his perspective.

Another representative of the NPP student wing of Tanoso Nursing and Midwifery Training College, Samideen Ibrahim, in an interview with Joy News reiterated the importance of TESCON and the youth in politics.

“We the TESCON, per the constitution are mandated to vote because we have been selected by the school. We were already at the grounds when the announcement was made. They didn’t give us any reason or evidence why we should not vote. I am very disappointed because we travelled far from the north to be here because of the conference

“For the party to move forward we have to do away with use and dump politicians. They should not block us that way because we are the youth and we have the future of politics.”

The leaders noted they work tirelessly to bring new members on board for the NPP and thus, breaking the 8 would be impossible without them.

They lamented the party executives’ decision to deny them the same rights they were conferred with when the confederation was formed.

“The leaders promised to work with us and if they treat us like this, how are they going to break the 8? They are not thinking about the youth, so I will not be surprised some executives will be taken out after this election. The youth has 60% of votes during elections so if you take us out now, how will you break the 8?” 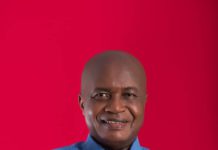 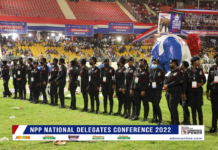 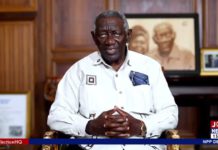 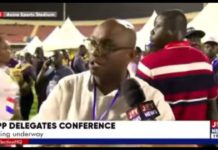