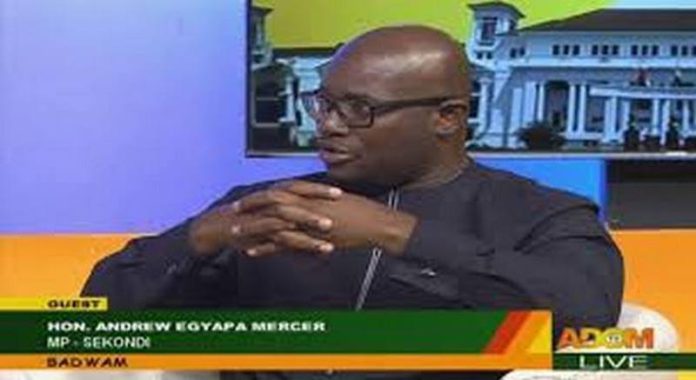 To the legislator, it is about time issues of national interest are discussed dispassionately and devoid of politics.

“Why can’t we for once come together and deal with issues affecting us but rather want to politicise every issue?” he quizzed.

Speaking on Adom TV’s Badwam show, Mr Mercer said Ghana is faced with many issues which can best be solved if the two major parties find a common ground in the discussion of issues.

“It is the duty of the government to make things right but because governance is continuous, we must all do our part when we are handed the mantle but for the NPP, we are not afraid or shy to take responsibilities,” he added.