The rebooted Nokia 3310 has gone on sale, nearly 17 years after the original made its debut.

The phone, which has a two megapixel camera and relies on 2.5G connectivity to offer only limited internet access, is being sold for £49.99.

The battery is claimed to offer up to 22 hours of talk time, and up to a month in standby mode.

One expert said its success depended on how much people would be willing to pay for a device that “oozes nostalgia”.

“For someone like me, it’s an exciting day,” commented Ben Wood, from technology consultancy CCS Insight.

“If you put this in the hands of a millennial who’s addicted to Snapchat, of course it’s the wrong phone.

“But with over 20 million mobile phones in the UK, approximately one million are feature phones, or ‘dumb phones’ if you want to call them that. This is still a sizeable market.

“This is a premium version, so the question is how much are people willing to pay for that?” 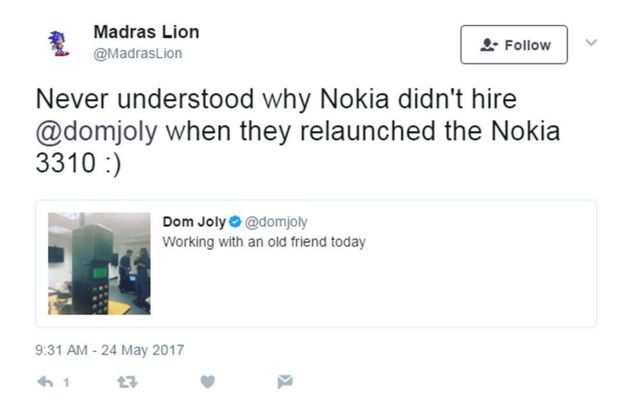 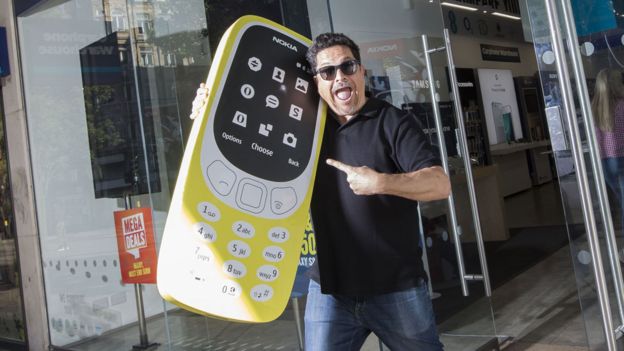 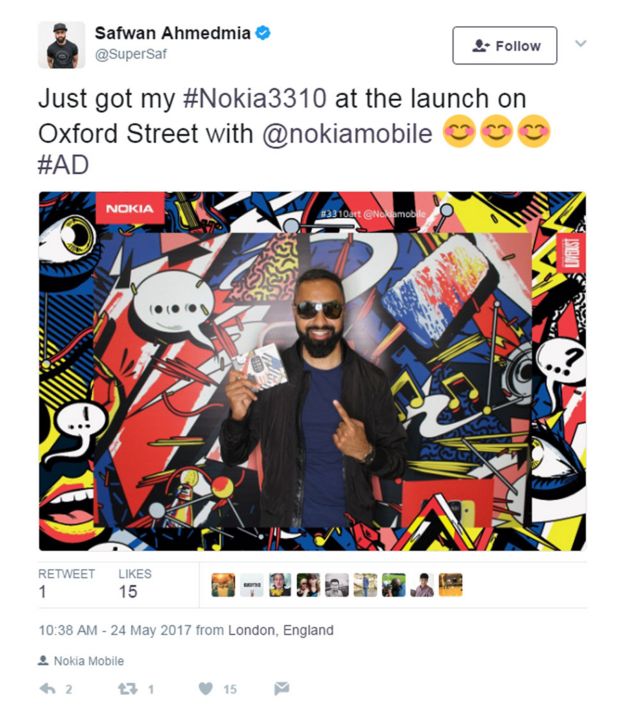 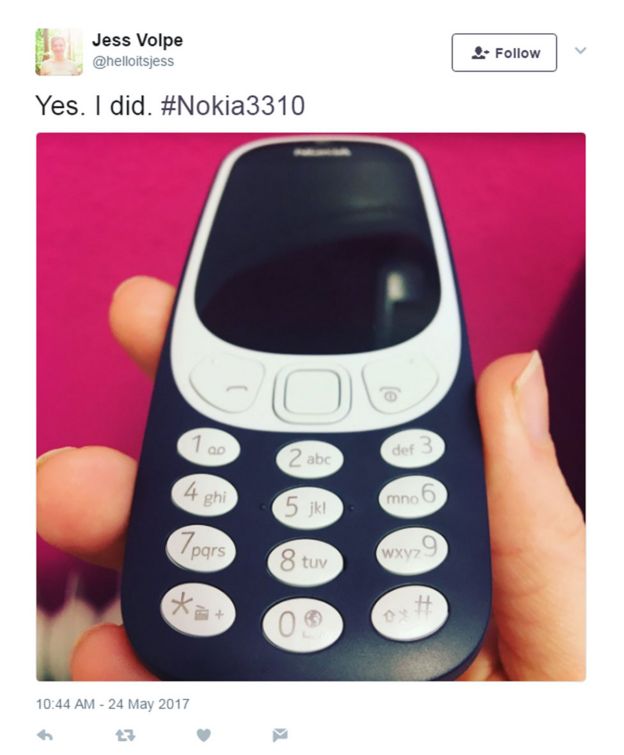 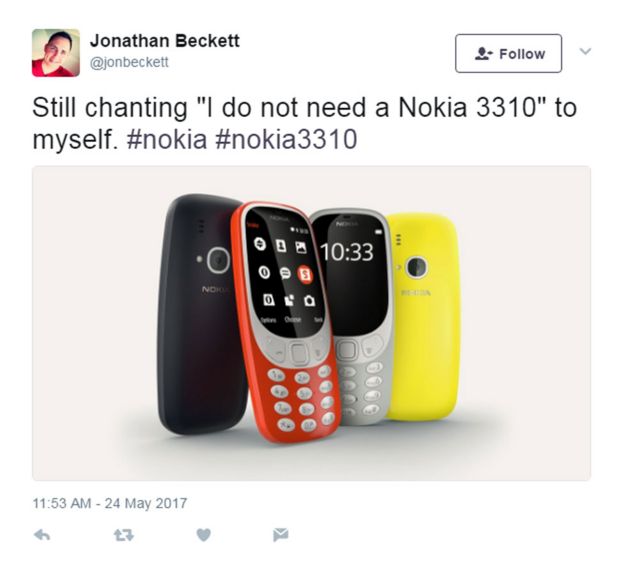 “The interest shown for this reimagined classic has been backed up by incredibly strong levels of pre-registration, and we have already sold out of very limited stock online”, Carphone Warehouse’s Andrew Wilson said.

And a spokesperson for Vodafone told the BBC: “We are delighted to be stocking the phone as demand has been really high”.

EE is registering levels of interest in the device, but O2 and Three said they had no plans to sell the handset.

It is being built under licence by the Finnish start-up company HMD Global, which also makes several Nokia-branded Android smartphones.

But it has not made mobile phones since 2013, when it sold its handset business to Microsoft.