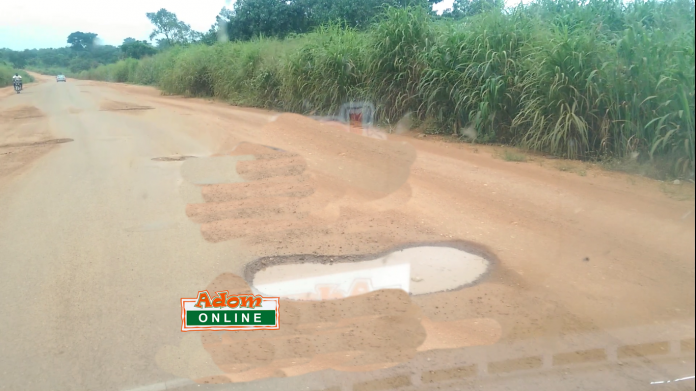 Drivers at the Nkoranza North District in the Bono East region on Saturday patched all the potholes in their district through communal labour after what they  described as the Assembly’s refusal to help after several complaints made to the District Chief Executive (DCE).

Some of the drivers, who spoke to Adom News, said they were tired of the consistent road accidents due to the potholes.

“We cannot sit down for potholes on the roads to always cause accidents when we are not hearing any good news from the Assembly, so we decided to do this ourselves,” they said.

The DCE for Nkoraza North District, Gifty Akosah Arthur said he had sent reports to the regional highways authority and was waiting for them to come and work on the road.

“I commend the drivers for using communal labour to fix the portholes without waiting for government,” she said.