Cervical cancer could completely be eliminated, according to research, thanks to a new vaccine being reviewed by Australia’s Pharmaceutical Authority.
A Melbourne-based study, led by the Royal Women’s Hospital and Victorian Cytology Service, looked at nearly 900 samples of cervical cancer, and found the Gardasil Vaccine being given to students in their first year of secondary school protects about s 77 per cent of them.
The study, published in the International Journal of Cancer, which is available to the Ghana News Agency, found the new Gardasil Vaccine protected against 93 per cent of cancers.
The lead researcher, Associate Professor Julia Brotherton, said the research was very exciting.
“It’s truly ground-breaking,” she said.
“The possibility that we can now prevent our children being infected with this cancer-causing virus, I just think that’s amazing,” she said.
Dr Brotherton said Gardasil Vaccine was being used in the US and New Zealand.
The current Gardasil Vaccine protects people against more than two thirds of cervical cancer types.
Australia’s Pharmaceutical Benefits Advisory Committee is reviewing how cost-effective the new vaccine is for Australia, and a decision is due later this month.
Professor Brotherton said she expected the Committee would consider the research.
“I’m very hopeful that this vaccine will become available to young people in the first year of high school when we give the vaccine, hopefully as early as next year,” she said.
Another benefit to the new vaccine is that it requires fewer injections; it requires three doses.
Professor Brotherton, however, said if it was administered before age 14, then only two doses would be given.
The study was conducted in partnership with cancer pathology laboratories in Victoria, New South Wales and Queensland. 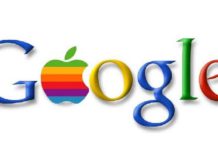