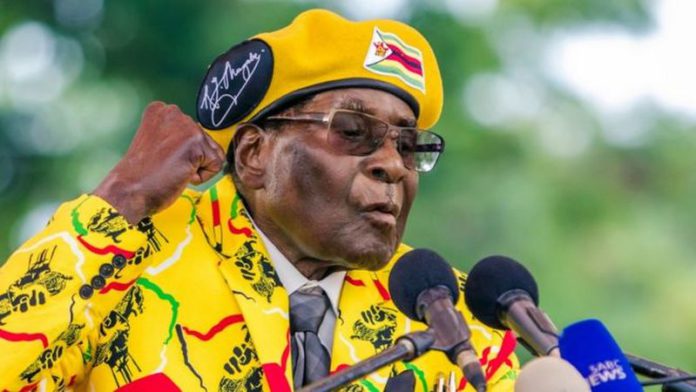 A Zimbabwean chief has denied reports that he had summoned former First Lady Grace Mugabe to his traditional court, in the latest twist in a row over the burial of ex-President Robert Mugabe.

A summons in the name of Chief Zvimba, the traditional chief of Mugabe’s home region, has been circulating on social media.

It accuses Mrs Mugabe of having gone against local culture by burying her husband at the family homestead, instead of a place “chosen by his relatives and mother”.

It says the late president’s body should be exhumed and reburied “according to the culture of the Zvimba people”.

But according to Zimbabwe’s private NewsDay paper, the summons was delivered to the Mugabe home in the capital, Harare, by police officers and a presidential aide – and the complainant was actually a man from Mugabe’s rural village.

“I know nothing about this issue,” Chief Zvimba told NewsDay.

Mugabe, who led Zimbabwe to independence and ruled for 37 years, died in 2019 in a hospital in Singapore at the age of 95.

His family decided on a private burial in Kutama in Zvimba district – about 90km (55 miles) west of Harare – after weeks of argument with the government led by Emmerson Mnangagwa, who replaced him in 2017.

The army had forced Mugabe to step down after suspicions that he wanted his wife to succeed him.

After his death two years later, he was buried under concrete at a small ceremony in the courtyard of his rural homestead reportedly in a steel coffin. National heroes are normally buried at a national shrine in Harare.

His family says they were simply honouring the former president’s wishes.

Shock as ‘female prisoner’ is discovered to be actually male 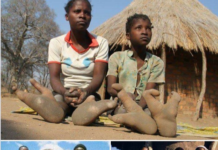