New Patriotic Party (NPP) Member of Parliament for Lezdokuku Constituency, Dr Bernard Okoe Boye, has disclosed why the government is surprised at the position of the National Democratic Congress (NDC) regarding the much-talked-about referedum.

Dr Okoe Boye’s surprise emanates from the previously unified position his party and their NDC counterparts until their new position.

Dr Okoe Boye said the NDC, at various stakeholder meetings on the referendum, had endorsed a ‘Yes’ vote for the process.

“We met the NDC on several occasion on the matter; Chairman Ofosu Ampofo who was at an IDEG meeting on August 16, 2017 endorsed a ‘YES’ vote; the General Secretary, Asiedu Nketiah, also at an IPAC meeting said the NDC was campaigning for a ‘Yes’ vote and believes all parties will do same,” he revealed.

Speaking on Adom TV’s Badwam, Tuesday, Mr Okoe Boye said the NPP knew how important it was to have the NDC as part of the process in order to have a successful referendum.

“The NDC demonstrated bad fate with their press conference to endorse a ‘No’ vote because if they had the press conference about six months ago, the referendum discussion wouldn’t have gone this far,” he said.

He added “It is sad NDC is looking at scoring political points because the motive the NDC has is that if we don’t get the 75% in the referendum, they will rejoice.” 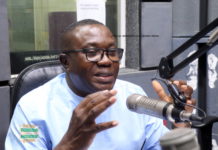 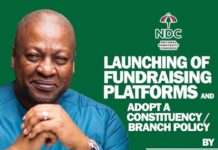