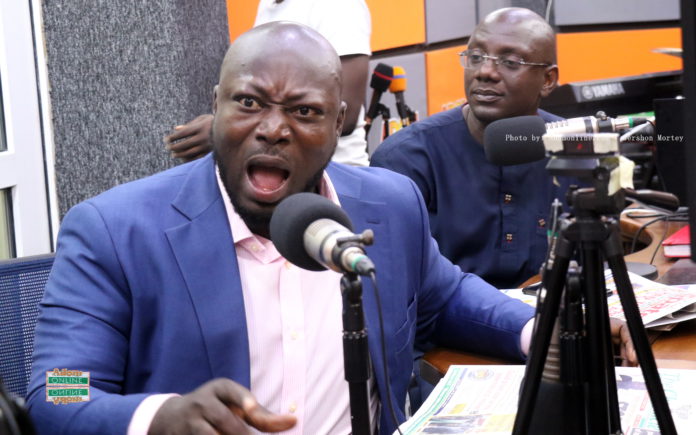 National Youth Organiser of the opposition National Democratic Congress (NDC) has denied a role assigned to him on the alleged campaign team of former Bank of Ghana Governor, Dr Kwabena Duffuor.

George Opare Addo, popularly known as ‘Pablo’, said as a national officer, he cannot be seen to be supporting any candidate ahead of the party’s flagbearership race for the 2024 general election.

A poster, which has gone viral on social media, has eight leading members of the NDC including a former National Organiser, Yaw Boateng Gyan said to be the Campaign Coordinator.

Some of those named on the posture have denied their involvement in the Duffuor for President 2024 team.

Mr Addo, who is shocked at the development, said it is the work of his detractors.

Speaking on Asempa FM’s Ekosii Sen programme Friday, he said some people vying for the National Youth Organiser position are using communist inferior tactics against him.

“I’m not part of Dr Duffuor campaign team but I know those behind it. Campaign on your strengthen and stop the cheap propaganda; I can assure them that this will not fly,” Pablo stated.

The NDC Youth leader stated emphatically that, even if Dr Duffuor vies for the flagbearership position, he cannot support him.

“Dr Duffuor is like an uncle to me in the NDC but I cannot support his campaign. I’m not willing to resign my position to join any campaign team because I love the NDC,” Pablo added.