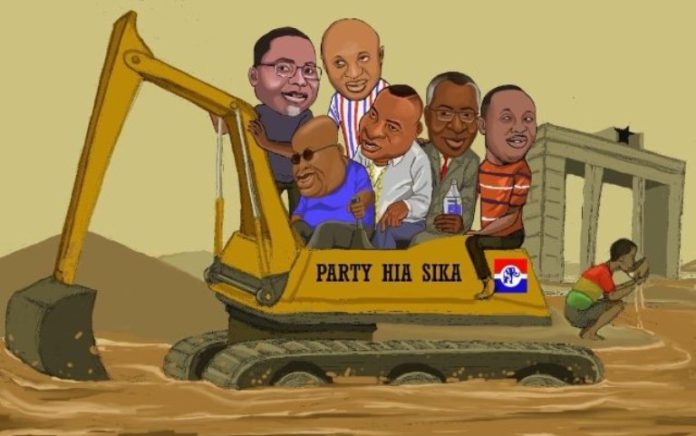 The opposition National Democratic Congress (NDC) will hold a press conference Sunday on the havoc caused by galamsey despite the war on the environmental menace.

Today’s press conference, according to the NDC will focus “on the havoc of the failed galamsey fight and President Nana Akufo-Addo’s role as Co-Chair of the SDGs Advocates group.”

The press conference is scheduled to begin at 1 pm and will be streamed live on Joy News (TV), the NDC communication Bureau page on Facebook and Twitter among others.

The press conference today comes in the wake of assertions that President Nana Addo Dankwa Akufo-Addo has failed the fight against illegal mining, contrary to his promise to Ghanaians.