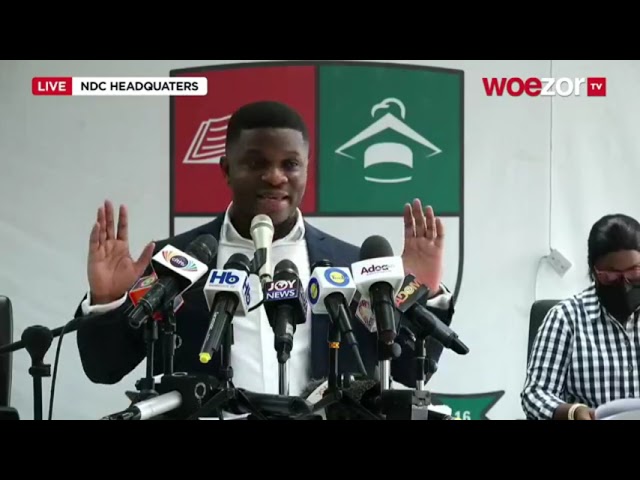 The opposition National Democratic Congress (NDC) will on Wednesday hold a press conference on the reversal of benchmark value discounts on imported goods.

Government, through the Ghana Revenue Authority (GRA) announced that effective Tuesday, January 4, 2022, Benchmark values will be reversed for some 43 selected items.

The reversal will affect the selected items from all the three categories on which the reversal was applied.

Though GRA has explained that this is to ensure importers or agents pay 100% duty on selected items and has also indicated that a “series of engagements have been had with relevant stakeholders to reach a consensus on the implementation of the policy,” the decision has been greeted with opposition from some trade unions including the Ghana Union of Traders Association (GUTA).

GUTA has warned that any attempt to introduce this policy in the 2022 Budget will disrupt Ghana’s distribution sector. President of the Union, Dr Joseph Obeng, insists that prices of goods will increase significantly if government reverses the reduction of values of selected items if the government proceeds with the implementation.

In an earlier press statement, he added that scrapping the policy will be suicidal, saying the policy brought relief to the trading community, sanity into the system, and eased tension and agitations amid the impact of the coronavirus on cross-border trade.

Also joining calls against the directive is the Importers and Exporters Association of Ghana.

Executive Secretary of the Association, Samson Aasaki Awingobit, has also stated that the reversal will bring untold hardship on its members.

He noted that even with the status quo, some of his members could not clear their goods due to financial difficulties; hence, the new directive will be an add-up to the challenges his members face while clearing their goods.

Following these concerns, The Ghana Union of Traders Associations (GUTA) has asked the government to hold on with implementing the reversal of the benchmark value policy.

The opposition party will also hold a press conference at its National Headquarters at Adabraka to express its views about the directive. The conference will come off at 2pm.