National Democratic Congress (NDC) Member of Parliament for Builsa South is not amused by a petition by an animal rights activist to ban dog and cat meat for human consumption in Ghana.

Dr Clement Apaak, who described himself as the ‘global President of the DOG eaters Association’ in Ghana, said the petition is dead on arrival.

International animal rights activist, Natasha Choolun, has petitioned the government to ban the trading of dogs and cats.

“Dogs and cats are not food, but loyal companion animals that should be treated with kindness and respect, not brutalised and eaten,” she said in a petition.

But this has been met with stiff opposition, especially from those who have made dog and cat meat a delicacy.

In support, Dr Apaak said the petition will not see the light of day.

“I expect members to increase consumption over this weekend. It’s our human, cultural and traditional right,” he wrote in a post on Facebook. 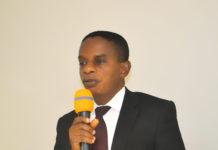 WASSCE: Minority questions ¢68m expenditure on past questions for candidates