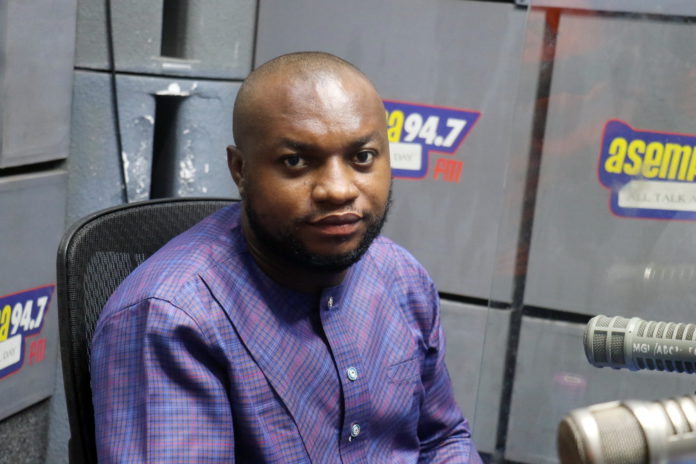 Tension is brewing in the opposition National Democratic Congress (NDC) as some current national officers have vowed to ensure that their colleagues do not get re-elected in their December 17, 2022 elections.

Latest to join the fray in the wake of the Nketia-Ampofo fight is Sammy Gyamfi, who has taken to his social media page to campaign against the incumbent National Youth Organizer, George Opare-Addo, popularly called Pablo who is seeking re-election.

In a sarcastic post on his Facebook wall on Wednesday, the National Communications Officer of the NDC described his name-sake, Brogya Gyamfi, popularly called Armani, as “strategic, inspiring, COURAGEOUS, a unifier and a team player.”

Sending a note of no confidence in the incumbent, Pablo, who has in recent times come under intense pressure from the John Mahama bloc in the NDC.

“He is Brogya Gyamfi – the Youth Leader, NDC needs,” the statement added.