The Charlotte Hornets have long been thought of as underperformers on the NBA stage – given the area’s status as a hotbed of basketball talent – and they recently took the decision to bring back Steve Clifford as head coach.

Clifford spent five seasons coaching the Hornets from 2013 to 2018, compiling a 196-214 record with a team that included Kemba Walker. He led the Hornets to two Playoff appearances prior to being dismissed in 2018. His best season in Charlotte came in 2015-16 when the team went 48-34 and lost in seven games to the Miami Heat in the first round of the Playoffs.

Clifford takes the reins in the stead of Golden State assistant Kenny Atkinson, who had been handed a four-year contract to become head coach, but later informed the team he was not taking the job citing family reasons.

“I’m happy to be returning to Charlotte, and I want to thank Michael Jordan [Hornets team owner], Mitch Kupchak and Buzz Peterson for this opportunity,” Clifford said in a release.

“This is an exciting young team with a lot of talented pieces. Charlotte is a great city and I know first-hand the passion that Hornets fans have for this franchise. I can’t wait to get back to town and start working with our players.”

Hornets general manager Mitch Kupchak said he expects the Hornets to continue to play at a high pace: “Steve is committed to playing with the same offensive pace that our fans are accustomed to seeing the last few years.

“We are confident that he will be able to help our young players continue to grow as we look to take the next step as a team.”

Clifford, who is known as a defensive-minded coach, inherits a squad that is arguably more talented than any of his previous Charlotte teams, with All-Star point guard LaMelo Ball, Gordon Hayward and Miles Bridges anchoring the roster.

Kupchak said that it was “disappointing” that Atkinson reneged on his agreement with the Hornets, but that in some ways he’s grateful it happened when it did: “I think he would have been a good pick, but if he’s not comfortable here I would rather find out now than a year from now.”

The GM added, “The roster is really what wins games. A good coach is going to help with the roster, but the most important thing is to get the roster together.” 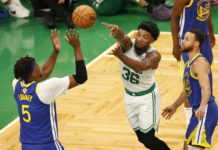 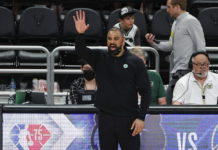 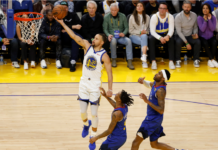 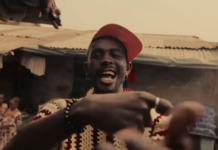 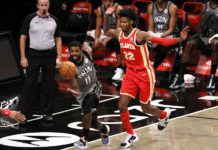 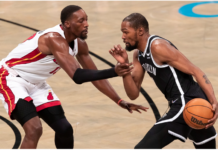