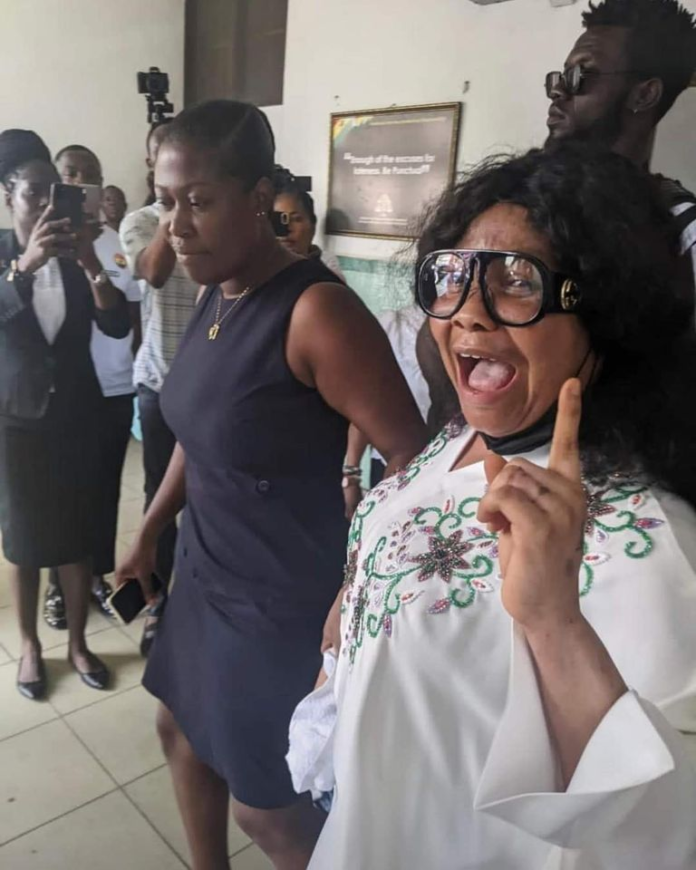 Embattled fetish priestess turned evangelist, Patricia Asiedua, aka Nana Agradaa, has been granted bail in the sum of GH¢ 50,000 with three sureties by an Accra Circuit Court.

That followed an oral bail application by her lawyers in court Monday morning, October 17, 2022.

The Founder of the Heaven Way Champion International Ministry at Weija in Accra has pleaded not guilty to one count of charlatanic advertisement and six counts of defrauding by false pretence at the Court presided over by Samuel Bright Acquah.

Despite the bail, Agradaa will remain in custody.

This is because she is facing charges at a different Circuit Court on one count of charlatanic advertisement and five counts of defrauding by false pretence and has been remanded to reappear on October 26, 2020.

As part of the bail conditions set by Mr Acquah, the three sureties must be civil servants earning not less than GH¢ 2,000 monthly.

Additionally, she is to report to the police every Wednesday.