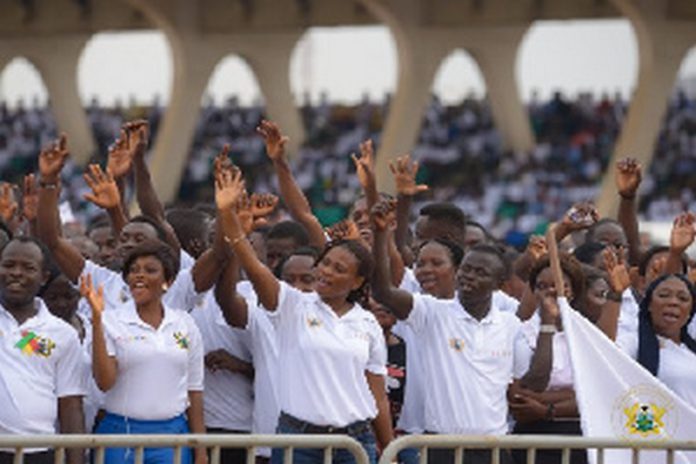 Some trainees of the Nation Builder’s Corps (NaBCo) have appealed to the government to settle their arrears as the programme officially ends in September 2022.

National Secretary of NABCo, Frank Quansah, told Asempa FM’s Ekosii Sen show Monday that the government owes them nine months allowance and therefore wondered why they want to end the programme when they have not been paid for work done.

“We are really suffering. We have gone for loans so many times and so if the government wants us to go and sit at home as it ends the programme, then they should pay us our arrears because we have nothing to show for as workers,” he said.

His comment comes after the Finance Minister, Ken Ofori-Atta, revealed that the NaBCo programme will officially end in September 2022.

According to him, the programme, which run for about four years, engaged 100,000 young graduates and has prepared thousands of them for the world of work.

Speaking in Parliament during the presentation of the Mid-year Budget on Monday, Mr Ofori-Atta said that “our iconic National Builder’s Corps programme, which was initially to run for three years and extended for an additional year, will be completed by 1st September, 2022. So far we have invested approximately GH¢2.2 billion.”

Meanwhile, the Finance Minister has urged NABCo trainees exiting the programme to take advantage of the government’s new initiative, YouStart and other existing programmes.

But Mr Quansah wondered how many NABCo trainees would want to take advantage as the government has failed to get them permanent jobs after opting for permanent jobs.

“All those who got the permanent jobs got it because of their connections and now they have gotten application letters and working because they had to pay but those of us who don’t have money and couldn’t pay are just there doing nothing and so if they want to end the programme, they should pay us our arrears,” he alleged.