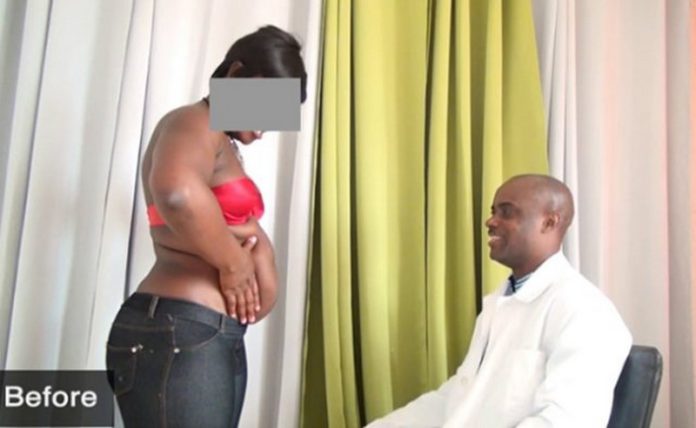 The Chief Executive of Advanced Body Sculpt Centre, also known as Obengfo Hospital, Dr Dominic Obeng-Andoh, has asked Ghanaians not to be concerned about his certificate in liposuction but the quality of his work.

According to him, those questioning his competence as a liposuctionist are only being mischievous and that “my products are so visible.”

Dr Obeng-Andoh, also known as Obengfo was on Tuesday acquitted by the Accra High Court on charges of practising medicine without a licence and operating an unlicensed medical facility.

The court upheld the submission of “no case” filed by his lawyers on the basis that the prosecution failed to prove its case beyond reasonable doubt by presenting insufficient evidence and witnesses whose testimonies were riddled with inconsistencies.

In a television interview with Accra-based TV3 on Thursday, Dr Obeng-Andoh, although failed to answer questions on his training in liposuction, he said those questioning his qualification were only being mischievous.

“Let no one think that Dr Obeng Andoh is doing everything badly. I get clients from around the world; from everywhere including doctors, including doctors wives, so if it is bad, how will I even do it on my own wife, my own staff?” he quizzed.

“Let’s even assume I didn’t even do any training and I’m doing such quality work, will you not give me an award?” he asked rhetorically.

In his view, the Medical and Dental Council is driving those questioning his competency.

“Let’s assume today, as I stand now, God puts a brilliant medical idea into my brains now that nobody taught me and I’m solving medical problems… and then I follow the process to the letter are you going to arrest me,” he asked.

When pushed further on how long he was trained in liposuction, he responded: “I won’t even go into that. Now my products are so visible, I am not going to defend myself anyway. Do you see all the beautiful girls in town? Do you see all the transformation in town?”

He argued that if that was an issue, the Medical and Dental Council could still have taken him to court but noted, “they could not and they haven’t.

Dr Obeng-Andoh is also before the Adjabeng District Court for the alleged murder of Ms Stacy Offei Darko, a Deputy Chief Executive of the National Entrepreneurship Innovation Programme (NEIP).

Ms Darko died whilst on admission at the Obengfo Hospital on May 21, 2018, after undergoing surgery allegedly performed by Dr Obeng-Andoh.

Audio: Medical and Dental Council Registrar has personal score to settle with me – Dr Obengfo