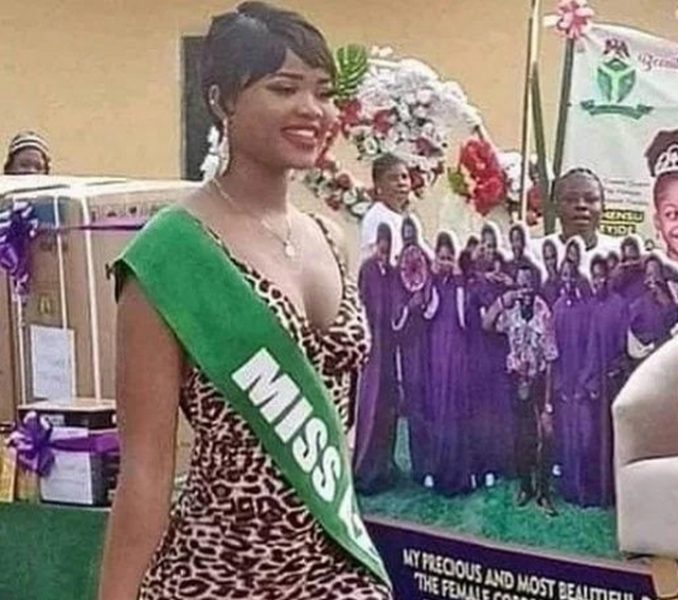 A Nigerian woman, who is facing trial for the suspected murder of a businessman, has been crowned Miss Cell 2022, at Kirikiri prison in Lagos.

Chidinma Ojukwu, whose story has been widely reported, pleaded not guilty to eight counts including murder.

Super TV boss, Usifo Ataga, was stabbed to death last June and his case has been followed widely in Nigeria.

Ms Ojukwu was seen wearing a crown in photos taken at Wednesday’s pageant in the prison, which the correctional services boss said was part of International Women’s Day celebrations.

Nigeria’s Punch Newspaper has shared more photos of the event: