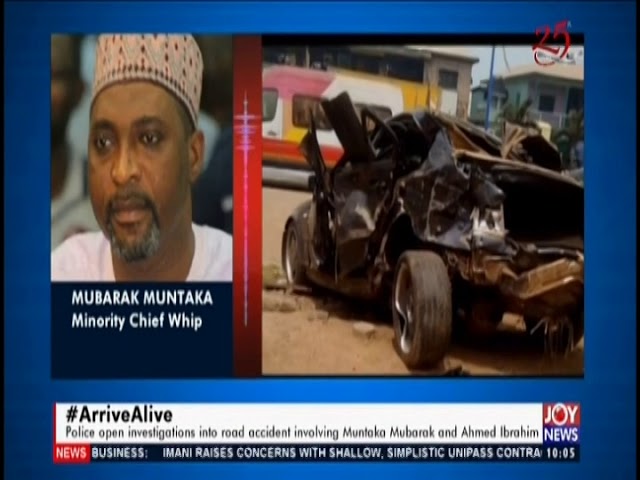 Member of Parliament (MP) for Asawase and Minority Chief Whip, Muntaka Mubarak, has condemned the poor response by the Ghana Ambulance Service last Saturday after his vehicle was involved in a road accident.

Speaking on JoyNews’ Desk, the MP revealed that it took close to an hour for an ambulance to reach the scene of the accident and after several calls.

“I could imagine if bystanders had not picked the Customs officer who was unconscious on another car and rushed him to the Konongo Hospital and he was going to be lying in that unconscious state for that 50 minutes I don’t know what could have happened,” he said.

Police have opened an official probe into the near-fatal road accident involving Mr Mubarak and Ahmed Ibrahim, his deputy, on Saturday.

The two MPs and three others were on their way to Kumasi from Accra.

The Majority Chief Whip and his deputy were travelling from the Accra-Kumasi direction when the accident occurred at about 10:30 a.m, according to the police Motor, Transport and Traffic Department.

“We were coming; all we saw was a salon vehicle making a U-turn on the highway and it was obvious that there was nothing our driver could do than to run into that vehicle. Believe me, the collision was very heavy,” Mr Mubarak narrated his ordeal.