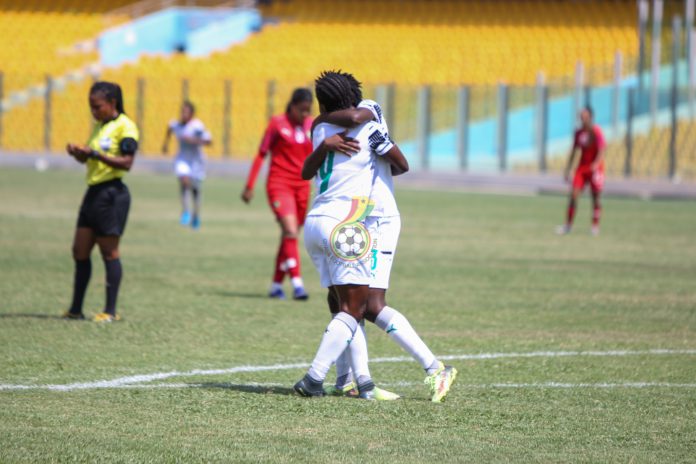 The Black Princesses of Ghana on Monday, avenged their 1-0 defeat to Morocco as they beat the Young Lioness 4-0 at Accra Sports Stadium.

The Princesses have now played Morocco twice in the space of four days after they lost 1-0 last Thursday at the same venue.

Black Princesses coach Yussif Basigi and his players were determined to redeem their image and his team began on the front foot when striker Abdulai Mukarama opened the scoring in the 16th minute after an awesome good team play.

She added her second in the 26th minute before Doris Boaduwaa made it 3-0 for Ghana in the 36th minute.

The Princesses went into the break with a comfortable 3-0 lead.

After recess, the Princesses continued to dominate proceedings but an improved Moroccan defence made sure they do not concede again. But Suzzy Dede Teye put the icing on the cake and she scored in the 76th minute to make it 4-0.

Morocco surged forward for a consolation, but a resolute Princesses defence kept them at bay by preventing them from reducing the deficit. The win means Ghana kept a clean sheet in the second tie having conceded one goal in the previous encounter.

The Princesses, thus, win 4-1 on aggregate.

These friendly games form part of the Black Princesses’ preparation for the 2021 FIFA U-20 Women’s World Cup qualifiers.