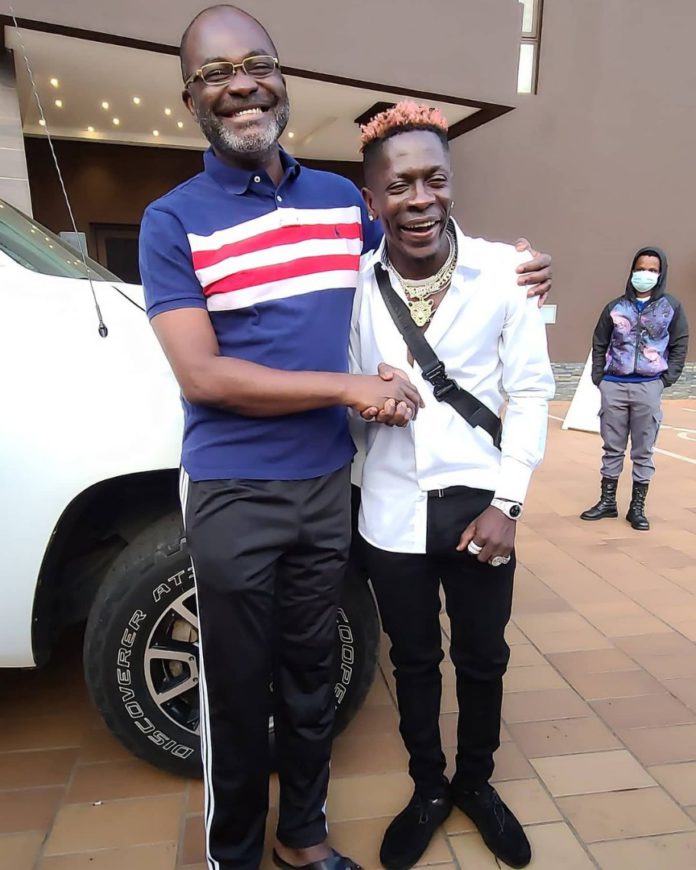 It was all smiles when Dancehall King, Shatta Wale, met Member of Parliament (MP) for Assin Central, Kennedy Agyapong.

As part of his Kumerica invasion project, Shatta Wale met the MP during his day three tour.

Immediately he sighted Mr Agyapong, who was in the company of his party members, Shatta bowed in respect for the ‘honourable’.

Shatta explained he needed to pay homage to the MP since he was around and promised to visit his home.

Mr Agyapong, who said he was happy for Shatta’s success, assured his doors are always opened for a friendly discussion.

They were spotted sharing hugs and posing for the camera.

See photos and video below: