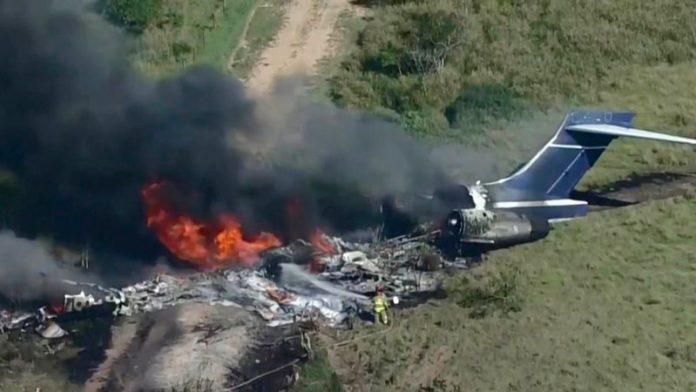 A private jet carrying 21 people burst into flames during take-off in the United States.

The McDonnell Douglas MD-87 was departing Houston Executive Airport when the accident took place at just after 10am.

The aircraft reportedly travelled around 500ft down the runway before it smashed through a fence and caught fire.

All of the passengers on board managed to escape and two people were rushed to hospital with non-life threatening injuries.

Texas Department of Public Safety spokesman Sgt Stephen Woodard said: “This is a good day. This is actually a day of celebration for a lot of people.

Waller County Judge Trey Duhon wrote on Facebook : “The information we have at this time indicates that the plane did not attain altitude at the end of the runway and went across Morton Road, coming to a rest in the field just north of the airport, where it caught on fire.”

The National Transportation Safety Board will investigate the cause of the crash, the FAA said.