The Minority in Parliament is calling for the immediate arrest of Assin Central Member of Parliament, Kennedy Agyapong over the murder of Ahmed Hussien-Suale, an undercover investigative journalist with Tiger Eye P.I.

Speaking at a press conference Monday, former deputy Interior minister and MP for Builsa North James Agalga said: “we call on the law enforcement agencies to promptly cause Mr. Agyapong’s arrest and prosecute him for his actions.”

The Minority arrived on this conclusion following their interpretation of section 20(1) of the Criminal and Other Offences Act, 1960 (Act 29).

“Mr. Agyapong appears to have abetted several offences ranging from assault, causing harm, causing harm with the use of an offensive weapon, attempted murder and murder by instigating the public by reaching out to the public to visit the indicated violence on them. And by the operation of our law, the offence of abetting a crime through instigating violence is committed even if no member of the public lifts a finger in furtherance of the invitation.”

Recounting the specific actions of the Assin Central Member of Parliament, which has led them to these conclusions they state: “We recall that upon the advertisement by Tiger Eye P.I. of the airing of the documentary entitled – “Number 12  – When Greed and Corruption Become the Norm” – the NPP Member of Parliament for Assin Central Constituency, Kennedy Ohene Agyapong, commenced a tirade against Mr. Anas in particular and his Tiger Eye P.I. team members. Mr. Agyapong vowed to destroy Mr. Anas and his team if they dared to air the documentary. Mr. Anas called off Mr. Agyapong’s bluff and proceeded to air the documentary in various locations in Ghana and on local and international media.

Mr. Agyapong then went further and splashed pictures purporting to be the image of Anas on Net 2 TV (which he owns) and on the Internet. He also invited the general public to cause harm to Mr. Anas for monetary compensation.

Further, Mr. Agyapong released pictures known to be the image and likeness of Ahmed in like manner and incited the public to visit violence on Ahmed for monetary reward. Indeed, Mr. Agyapong declared that he was prepared to pay any member of the public who would beat up Ahmed. Mr. Agyapong then proceeded to indicate the location of Ahmed’s residence.”

Following from these claims the minority has chastised the security agencies for their failure to take action on the said MP and allowed him to leave the jurisdiction. The statement points out, “Shockingly, Mr. Agyapong was allowed to fly out of the country, without being apprehended, on that very day on an Emirates flight headed to Dubai and possible onward journey.”

The conduct of Mr. Agyapong could not have escaped the notice of law enforcement agencies and the government of President Akufo-Addo. And till date, he has not been invited by the Police for questioning. We find this situation deeply worrying and uncharacteristic of a democratic and civilised country.

“Mr. Agyapong’s conduct, and the obvious lack of action by the law enforcement agencies leads to only one conclusion – that Mr. Agyapong is above the laws of Ghana and he enjoys impunity free from prosecution.”

The statement also “called on Nana Akufo-Addo’s government to roundly condemn the conduct of Mr. Agyapong.”

On the night of Wednesday 16th January 2019, Ahmed Hussien-Suale, who was driving in Madina close to his family house, was shot three times by two men on a motorbike who pulled alongside his car. He died almost instantly. He was 33.

The undercover report led to a lifetime ban from all football-related activities imposed on Mr. Kwasi Nyantakyi by the Adjudicatory Chamber of the Independent Ethics Committee of FIFA. It also led to the dissolution of the GFA and the sanctioning of several football officials across the African continent.

Ahmed was also part of the BBC team of journalists that investigated the selling of human parts in Malawi – an investigation that nearly got Anas Aremeyaw Anas and his team killed as residents of a suburb in that country mistook them for ritual killers. 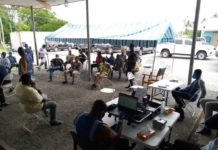 Voters’ Register: We are fighting the ‘Father, Son and Holy Spirit’- Asiedu Nketia 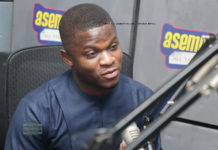