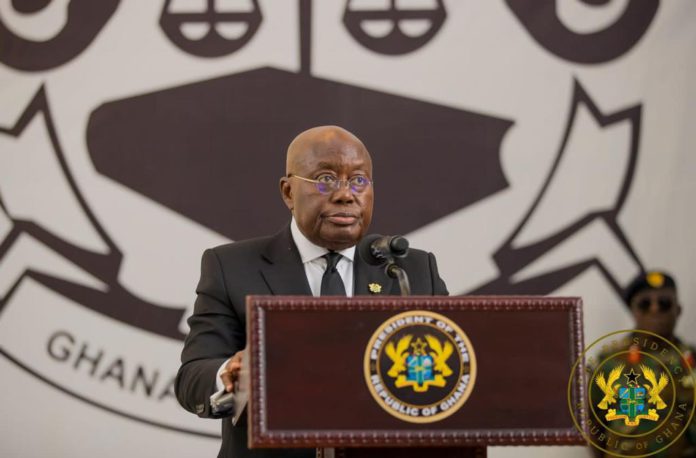 Reports emanating from the seat of government indicates that President Nana Addo Dankwa Akufo-Addo is set to reshuffle his cabinet in the coming days.

The reshuffle is expected to turn things around for the government as it takes giant steps to win the 2024 presidential elections after several calls for the President to juggle his ministers and probably bring others on board.

Though the list is yet to be finalised, deep throat sources told DGN Online that Dr Mathew Opoku-Prempeh, Minister of Energy, will take over from Alan Kyerematen as the substantive minister of Trade and Industry or will be shifted to Health Ministry to take over from Kwaku Agyeman Manu who appears to be tired.

Speculations are rife that the Energy Ministry may be steered by Kobina Tahir Hammond, Member of Parliament (MP) for Adansi-Asokwa, who was initially tipped for that position at the inception of the Akufo-Addo administration before Boakye Agyarko torpedoed him.

Agyarko himself couldn’t survive a ministerial juggling as he was shoved aside by a raging storm over the Ameri power debacle.

There is also a returnee to the government as Bryan Acheampong, MP for Abetifi and a former minister of State at the Ministry of National Security will be in charge of Ministry of Food and Agriculture replacing the immediate past minister, Dr Owusu Afriyie Akoto who resigned to pursue his presidential ambition.

His presidential campaign is struggling to get traction not even in his Kwadaso backyard.

While many people including over 90 NPP lawmakers are expecting the President to name a new Finance Minister to replace Ken Ofori-Atta, per sources, the President will only conduct a change at the deputy level with Mohammed Amin Adam also known as Anta likely to move from the Energy Ministry to Finance Ministry as Minister of State.

It is not clear if the President will free Ken Ofori-Atta to take a leave of the government before the entire International Monetary Fund (IMF) deal is concluded as the President appears impressed with the record time he had negotiated for the IMF bailout.

He was a Deputy Minister of Sports in the Kufuor administration.

Reports say some ministries may be scrapped while some may be merged with staff redeployed to parent ministries.

Meanwhile, theres is said to be intense lobbying ongoing by some party bigwigs at the corridors of power over who should get the job and who should be shown the exit as the party takes to announce roadmap for the Parliamentary and Presidnetial primaries.