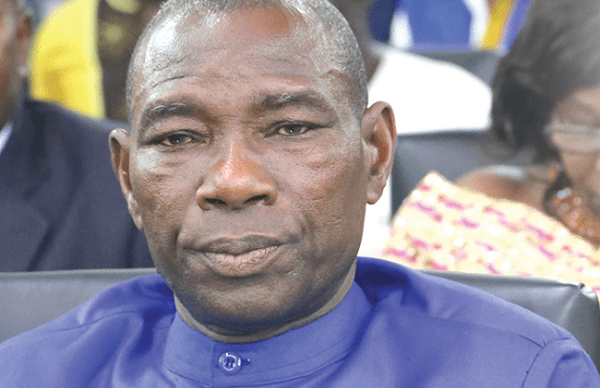 The Eastern Regional Minister, Eric Kwakye Daffour, has provided an update on the happenings at Manya Krobo in the Lower Manya Krobo Municipality, the Police and officials of Power distribution Company over a mass disconnection exercise by the latter.

The minister, in condemning the behaviour of the residents on Adom FM’s morning show, “Dwaso Nsem” said the refusal of residents to pay bills they owed PDS was what led to the clashes.

According to the minister’s narrative, the residents claim there was an existing Memorandum of Understanding over the payment of power bills between their forefathers and the Volta River Authority (VRA) when the government took part of their lands for the construction of the Akosombo Dam.

The people of Manya and Yilo Krobo have been up in arms with the ECG, now PDS, with the former, insisting that they will not pay what they say is overbilling.

The residents, mostly youth, blocked the main Kpong-Odumase stretch to prevent the officials of from entering the town and homes for the electricity disconnection exercise.

In the ensuing melee, the police reportedly fired tear gas to disperse the crowd, resulting in the death of one civilian in the process.

He said some residents, regardless of the matter still pay their bills and therefore wondered why a section have refused to pay citing over billing.

Listen to the minister talking to Captain Smart in audio above