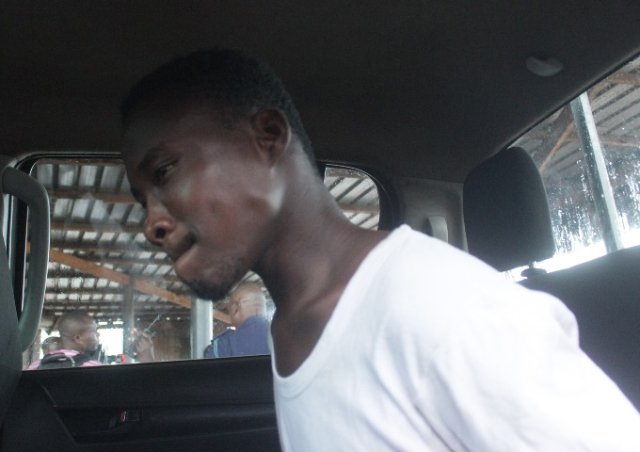 A 22-year-old ex-convict has been remanded for allegedly murdering and secretly burying his 72-year-old grandmother, Patience Hushie.

The sad incident is said to have taken place last month when the suspect, Shadrach Hushie, felt provoked by the deceased at her Zenu residence in Ashaiman in the Greater Accra region.

The deceased went missing for weeks until the suspect was fingered in an investigation and confessed to the crime after his arrest, reports Joy News’ Kwame Yankah.

Ashaiman district court on Monday adjourned the case to June 20, this year to enable police to complete their investigations.

Police at Zenu-Atadeka district have also initiated a court process to have the body of Patience Hushie exhumed for autopsy.

The uncompleted building in which the deceased was buried has since been cordoned off.

The deceased, Patience Hushie raised the suspect from infancy after his mother passed away after giving birth to him.

The late Hushie was known to many as Shadrach’s mother due to the affection she had for him.

However, the bond between the two started breaking when the suspect became a miscreant.

On April 20, this year, the suspect was involved in a theft case where the deceased said she was fed up with the suspect.

The deceased however went missing after that night.

A relative, John Hushie told to Joy News that after several weeks of fruitless search, the family filed an official complaint with the Zenu-Atadeka police last week.

The suspect who was involved in another case was arrested on May 16.

The suspect confessed that he strangled his grandmother last month till she died and buried her in an uncompleted building close by.

According to John Hushie, the family is awaiting exhumation to give the deceased a befitting burial.