In recognition of his compelling television documentary that raised alarm and prompted action on the devastating maternal and child mortality situation in Ghana’s second largest medical facility, the Media Foundation for West Africa (MFWA) has named Multimedia Group’s Seth Kwame Boateng as the first winner of its Journalist of the Month series.
Seth Kwame Boateng received an overwhelming nomination and endorsement by journalists and the public across West Africa as a journalist whose story had made the most significant impact for the month of May, 2017.
“It is our pleasure to announce Seth Kwame Boateng as Our Journalist for the Month of May,” said Sulemana Braimah,” Executive Director of MFWA. “Seth’s story titled: ‘Next to Die’ was a masterpiece and the impact was a classic example of the significant changes journalism can help bring to society.”
CLICK HERE to watch the documentary titled: NEXT TO DIE
The ‘Next to Die’ documentary that was first screened on the Joy TV Channel, exposed the avoidable daily deaths of mothers and babies at Ghana second biggest hospital –The Komfo Anokye Teaching Hospital (KATH) in Kumasi.
The deaths, as screened, were largely due to the lack of facilities at the hospital, even as a 1,000-bed capacity maternal block for the hospital stood uncompleted and abandoned since construction work began in the 1970s.
The documentary resulted in spontaneous outrage and action from various stakeholders. These efforts culminated in a fundraising drive led by the current First Lady of Ghana, Mrs Rebeca Akufo-Addoto, to ensure that the abandoned hospital building project would be completed. Funds to the tune of almost 9 million Ghana Cedis (an equivalent of over 2 million dollars) have been raised thus far.
Seth Kwame Boateng was stunned but thrilled by the massive nominations he received across the region that led to the decision to announce him as MFWA Journalist of the Month winner.
He narrated that the ‘health emergency’ situation was first brought to his attention in 2013 and expressed satisfaction that he was finally able to communicate the plight of dying babies and mothers at the hospital.
“I was actually in Kumasi on a different assignment when I decided to take two days off to try and tell the story of helpless mothers, babies and health workers,” Seth told the MFWA.
The Journalist of the Month Series is an initiative of the MFWA under its Journalism for Change (J4C) project, to name and praise deserving journalists and to inspire quality, independent journalism across West Africa. The J4C project, seeks to nurture, mentor, train and inspire investigative and impactful journalism across West Africa.
Who is Seth Kwame Boateng – A Brief Bio 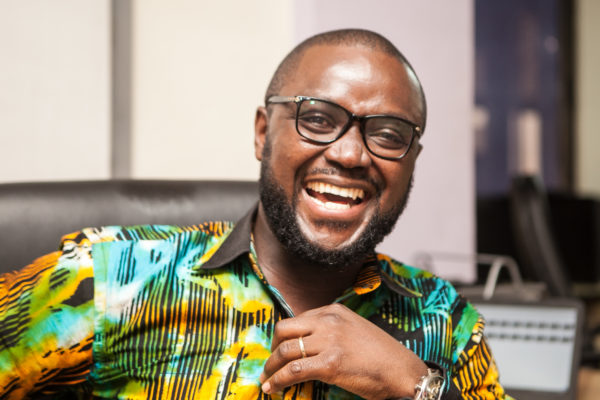 Seth Kwame Boateng is the Media Foundation for West Africa’s (MFWA) Journalist of the Month (June) – the maiden edition of the monthly series.
He was nominated, vetted and approved for his feature, ‘NEXT TO DIE’, a tell-tale expose on the maternal and child mortality incidences at one of Ghana’s main referral hospitals in Kumasi – Komfo Anokye Teaching Hospital.
Following his graduation from the Kumasi Anglican Secondary School, Seth set out to pursue an undergraduate degree at the University of Cape Coast.
His journalism journey started in his first year on campus way back in 2003 when he telephoned Love FM to report an incident of a man who’d stabbed his girlfriend. The producers at this radio station immediately recognised his journalistic ability after he reported the incident live on air and started mentoring him from that point.
Seth was officially enrolled at Joy TV in 2007 after his national service as a receptionist at Multimedia. He has since been researching, producing, presenting and reporting on human interest stories with his latest big hit being the ‘Next to Die’ documentary. His 2016 ‘Left to Rot’ documentary on the state of remand in Ghanaian Prisons is still fresh on the minds of viewers.
His academic journey for a Masters degree later took him to the University of Ghana and the Kofi Annan International Peacekeeping Training Center, where he graduated with Masters in Mass Communications, and in Conflict, Peace and Security respectively.
Seth currently works for the Multimedia Group in Ghana and is married with one child.
CLICK HERE to watch the brief interview with Seth Kwame Boateng