A woman suspected to be mentally challenged has reportedly smashed the skull of a young man believed to be in his 20s at Kwame Nkrumah Circle, killing him on the spot.

The said woman, according to eyewitnesses, had been terrorising pedestrians and drivers since the early hours of Monday at the overhead near the trotro stations.

She was said to have smashed the windscreens of four moving cars on the road and wounded several persons.

She was however later restrained by an angry mob after she had smashed the head of the young man with a heavy stone.

The police got there on time to prevent her from causing further harm to pedestrians.

Personnel from the National Ambulance Service later arrived to convey the body to the morgue. 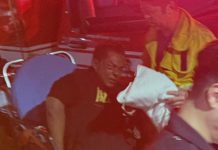 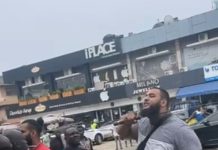