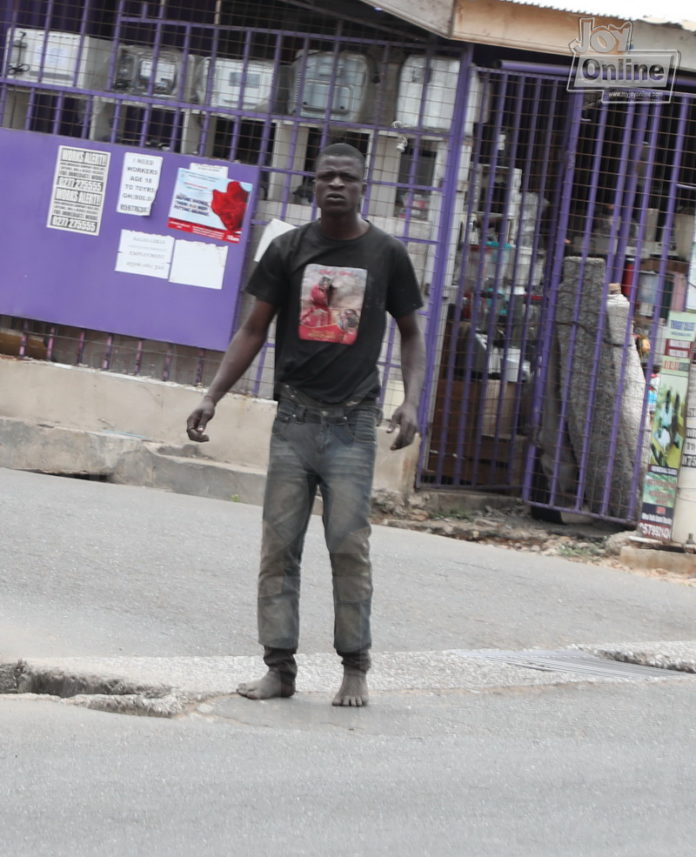 Two days after the gruesome murder of a man at the Kwame Nkrumah Interchange in Accra by a mentally-challenged woman, residents of Kokomlemle have been terrorised by an insane man.

The incident occurred on the Accra Newtown-Tiptoe Lane stretch.

According to Myjoyonline.com’s photojournalist, David Andoh, who witnessed the scene, the man attempted to spit at someone coming towards his direction.

David Andoh had to run into a printing house near City Light showroom for his life.

Below are photos from the scene: