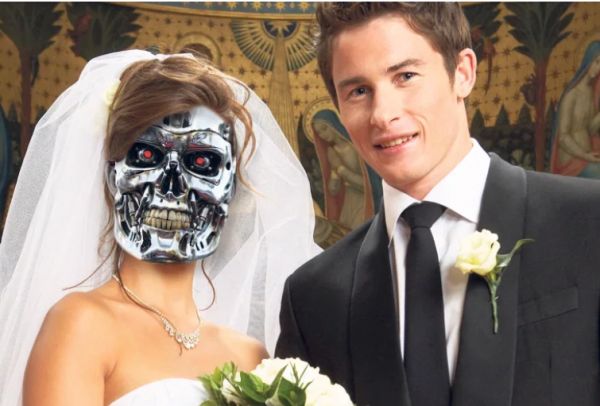 Getting married to a robot will be considered normal by the end of the century, an expert claims. Dr David Levy argues sex and relationships with androids could even be common in the next 30 years.

The author of the book Love And Sex With Robots reckons some people could stop having relationships with humans because they prefer cyborgs.

He predicts robotic sex dolls will become so intelligent they will develop personalities and be able to hold conversations “on any level of sophistication”.


Dr Levy, 76, says they could even replace sex workers.

The Brit, who has a PhD in Social Robotics, explained: “Just as it is now accepted in most countries we can marry people of the same sex, so will sex robots become accepted.”