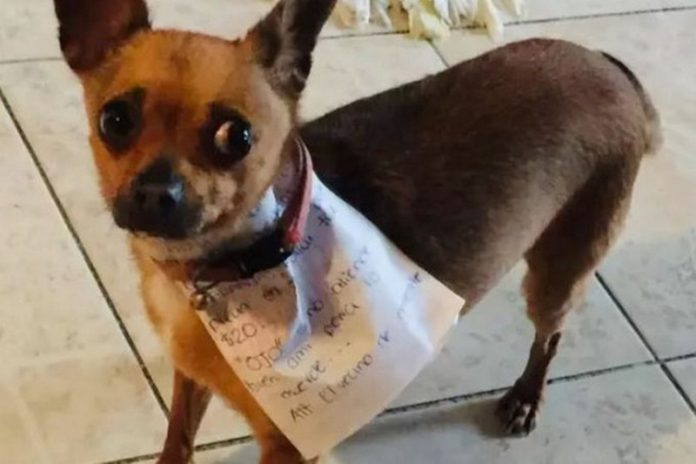 People around the world are being told to stay at home in an effort to slow the spread of coronavirus.

Although many of us are still allowed out to pick up essentials, those in self-isolation are often left relying on others for help.

But what about those non-essentials, the treats we get a craving for which won’t go away until it’s been satisfied – important things like crisps?

One man, who developed a serious hankering for some Cheetos, devised a plan to turn his dream into reality, with a little help from a self-isolating man’s best friend.

Antonio Muñoz from Mexico was just three days into his stint at home when he enlisted the help of his pet chihuahua to run him an errand.

Tucking money into the dog’s collar, he attached a note which read: “Hello Mr Shopkeeper. Please sell my dog some Cheetos, the orange kind, not the red ones, they’re too hot.

“She has $20 attached to her collar. WARNING: She will bite if not treated right. Your front neighbour.”

The chihuahua, looking visibly nervous on its first day in a new job, was sent out and, somehow, returned with a packet of orange Cheetos held between its little gnashers.

Antonio captured the incredible moment his pet trotted back down the street clutching a bag of crisps almost bigger than itself, and uploaded the story on Facebook with the caption: “Day three of quarantine. I wanted my Cheetos.”

It’s since had more than 241,000 shares and also been posted on Twitter, where people were loving both his, and the chihuahua’s, dedication to snacking.