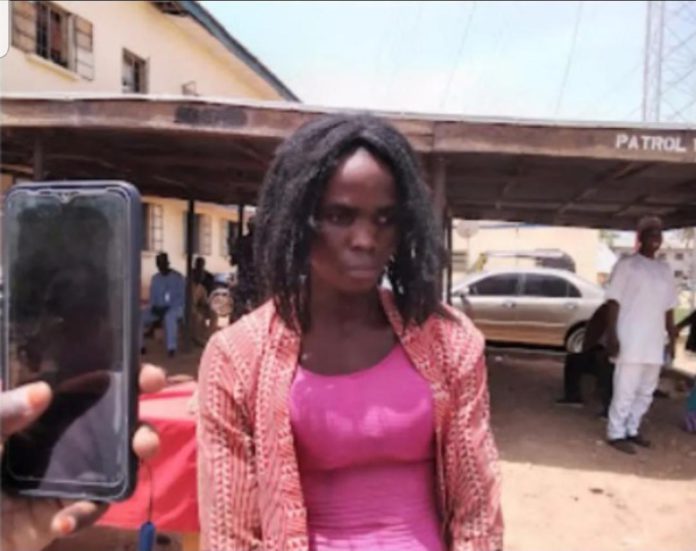 A 25-year-old man has been arrested by a Nigerian Police Command over alleged criminal trespassing and attempting to commit theft.

Jika John reportedly dressed as a woman and gained entrance into the College of Nursing and Midwifery to steal gas cylinder from the female hostel.

He was apprehended following a distress call from the College.

However, during interrogation, he confessed he unlawfully entered into the female hostel to have sex with one of the students.

He claimed that she asked him to pay her a visit in order to have sex, and the accusation of robbery is false.

The suspect said that he made an arrangement with the girl to meet when all her roommates will be out of the hostel.

As instructed, he wore female clothes so as to have easy access to the hostel but he was apprehended by security while on his way to the hostel between 7:30 to 8:00 pm.

Armed thugs who shot 5 including chief at Assin Praso arrested