A 40-year-old man has lost his life in a gory accident at Sehwi Bosomoiso junction in the Sehwi Wiawso municipality of the western north region.

The deceased, identified as Kwasi Asiamah, was crashed to death by the Sehwi Bodi District ambulance while attempting to cross to the opposite direction.

Eyewitnesses told Adom News’ Augustine Boah the driver of the ambulance with registration number GV-21-20 failed to spot him and rammed into him.

The deceased was trapped under the ambulance, damaging his head in the process.

He is beleived to have died on the spot.

The district police command visited the scene and conveyed the body to the Wiaso Government Hospital morgue.

He is survived by a wife and four children.

Meanwhile, family of the deceased has identified his remains as investigations continue. 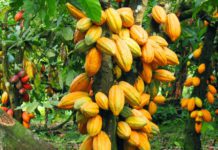