The Majority Caucus in Parliament has taken a swipe at the Speaker of Parliament, Alban Bagbin, for his refusal to release Member of Parliament (MP) for Madina, Francis Xavier- Sosu for interrogation.

The Police have been on the heels of the Madina MP for allegedly blocking a highway and destroying public property.

According to the Police, they have since charged and arraigned him.

The MP is expected to appear before the court on November 8, 2021, although the spokesperson for the MP insists no court summons have been served on the MP.

But in a press release, the Majority caucus berated the Speaker for refusing to release the MP for interrogation.

“The Majority leadership in Parliament notes with extreme concern the refusal of the Speaker of Parliament, Alban Bagbin to release the Member of Parliament for Madina, Francis Xavier-Sosu, to the Ghana Police Service to assist with investigations into alleged offences committed during a recent demonstration in his constituency.

“The Majority Leadership views the foregoing response by Speaker Bagbin as a troubling departure from how his predecessors handled such requests,” it said.

The group claims the Speaker is instituting new rules that seem to undermine the rule of law.

The group contends that no situation should be created to create the impression that there is a different set of rules for MPs and the general public.

But Deputy Minority Chief Whip, Ahmed Ibrahim, speaking on the floor of the House, accused the Majority of undermining the powers of the Speaker.

He, however, asked his side of the House to remain calm and wait for the arrival of the Speaker to deal with the issues. 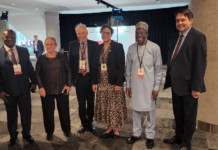