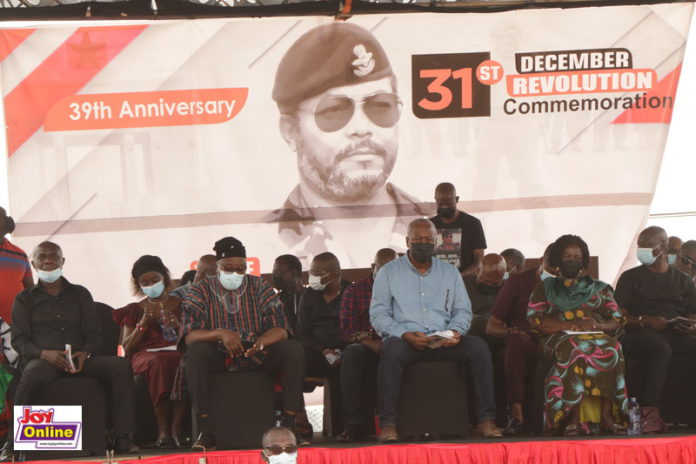 Former President John Dramani Mahama together with the elders of the National Democratic Congress (NDC) on Thursday commemorated the 39th anniversary of the 31st December Revolution at Osekan Park in Accra.

The event which was under the theme: Sustaining The Value of The 31st December Revolution: The Legacy of H.E. J.J. Rawlings was attended by top NDC gurus such as Professor Jane Naana Opoku Agyemang and Mr Samuel Nuamah Donkor.