Former President John Dramani Mahama on Sunday was at Bole to mourn the death of his aunty, Gbolo Ayisha Kuamua.

The deceased is the mother of his personal bodyguard, James Gbolo and a brother of formal Ghana Broadcasting Corporation reporter, Yahaya Kuamua.

Mr Mahama, at the final funeral rites, donated GHS2,000.00 to the family and also used the opportunity to thank the people of Bole for their contribution towards his life and successful political career.

He acknowledged from 1996 till date the people of Bole have shown immense love and support by voting him as a Member of Parliament through to the presidency and still voting for him.

He assured the people of Bole of victory in the 2024 general election.

Madam Gbolo’s son, Mr Kuamua, who read a tribute on behalf of the family, said the children will forever remember their mother for the first love and teaching of God’s word.

Meanwhile, Mr Mahama, who is embarking on a Thank You tour in the area, has left for Wa in the Upper West Region. 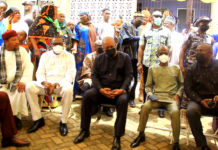 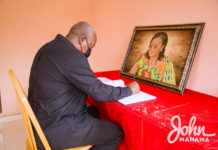 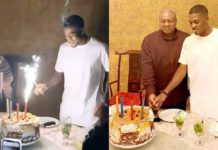