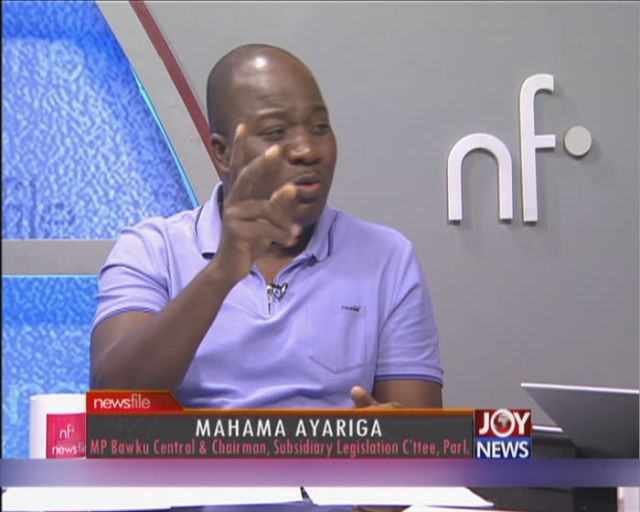 Former Information Minister, Mahama Ayariga has said that leader and flag bearer of the National Democratic Congress John Dramani Mahama has taken too long in selecting a running mate for the presidential elections in December.

According to Mr. Ayariga, his former boss should have nominated a running mate by now.

“He’s had a lot of time. He was chosen as leader of the opposition long ago so he’s had enough time to have decided who his running mate is,” he told Evans Mensah on PM Express.

Curiosity has been sparked by who the running mate of the NDC will be as the party has been silent on the matter.

Earlier in May, a press statement signed by the General Secretary of the Party Johnson Asiedu Nketia refuted claims that a running mate has been nominated for the party.

The National Democratic Congress (NDC) said reports on the shortlisting of running mates for the 2020 general elections were false.

Mr. Asiedu Nketia said he had not issued any such statement or caused such publication to be made on [his] behalf.

He, therefore, urged that any such publications should be disregarded.
Former President John Dramani Mahama, had earlier, in March also reacted to news of that sort.

He took to his twitter page to debunk reports that he has settled on Asunafo South Member of Parliament Eric Opoku as his running mate for the 2020 elections.

Mr. Ayariga who believes that delay may be as a result of the Covid-19 outbreak, however, says the flagbearer should have made the selection by now.

“I cannot explain why up till now he has not announced his running mate,” he told Evan Mensah on PM Express.