The private ceremony on Saturday, August 13, 2022, reportedly came off in Takoradi in the Western Region.

She got married to one Dr Evans Ago Tetteh who has been kept from the public eye despite the former’s huge social media presence.

Images from the ceremony captured adorable moments friends and family trooped to the ceremonial grounds to share in her joy.

She wore a beautiful purple and green gown and a tiara on her blonde hair while the husband wore a green Agbada with a cap.

In attendance were actress Lydia Forson, TV personality, Serwaah Amihere, and journalist Roland Walker among others.

The photos, which have gone viral on social media, have attracted goodwill messages. 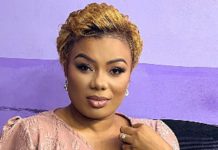 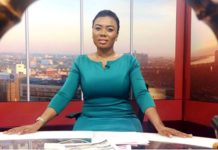 How a ‘pure water’ hawker saved my life – Bridget Otoo 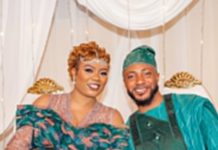