More than ten pedestrians were hit by a white van driver who veered onto a pavement near a renowned north London mosque, in what is being described as a ‘terrorist attack’.

Several people were reportedly hurt after the van ploughed into a crowd outside Finsbury Park Mosque, where hate cleric Abu Hamza once preached, as they finished Ramadan evening prayers called taraweeh.

Eyewitnesses reported seeing bystanders wrestle the suspect to the floor and pin him down until officers arrived.

Others suggested that the congregation of victims were trying to save a man who had collapsed at a bus stop.

Emergency service crews were also spotted trying giving cardiac massages to the injured in a desperate bid to save them.

Twitter users claimed the victims were Muslims leaving late-night prayers being observed for the month of Ramadan. 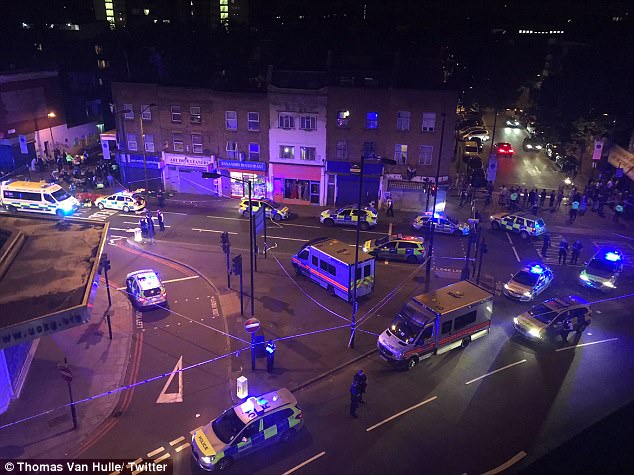 Photo: Police were called just after midnight to reports of a vehicle in collision with pedestrians in Seven Sisters Road

Finsbury Park Mosque has undergone radical changes under new leader Mohammed Kozbar since the days when hook-handed Hamza was imam there from 1997 until 2003.

Mr Kozbar told The Sun: ‘Whoever did this, he did it to hurt people and it’s a terrorist attack.

‘We call it a terrorist attack as we called it in Manchester, Westminster and London Bridge.’

Witnesses told MailOnline that they saw two additional suspects run away once the van had stopped.

Atikur Arhman, 41, from Finsbury Park, said: ‘There was three people in there. They caught one and are looking for another two.

‘An elderly man who just came from the mosque, he just fainted and people were picking him up when the van he just sped up and ran them over when the guy was one the floor.

‘People said the driver had a gun with him.

‘It’s not safe anymore after what’s been happening. It’s not been safe to walk.

‘Two people ran away and one got taken away to the police.

Another witness added: ‘When they stopped two guys run away and with one guy people stopped him.’

‘If he’d gone for the main entrance then maybe 15 or 20 would have been killed.‘

He added he heard there had been fatalities but did not want to ‘jump to conclusions.’

A different anonymous witness said: ‘There was three people beside the van, just one van. One is tall and the other two people ran away.

‘The people finished with the mosque and were going home normally and then the van bumped into them.’

Jamal, 21, told MailOnline: ‘I think it’s terrible what happened in so many locations I don’t know if I’m going to be alive tomorrow, I’m worried what’s going to happen tomorrow, it’s scary

A Metropolitan Police helicopter was seen circling overhead as photographs posted on social media showed a huge response from the emergency services.

Dozens of police cars and vans cordoned off a large area of the normally bustling thoroughfare as stunned locals gathered at the scene.

Images on Twitter appeared to show a clean-shaven white man with black hair being detained by police officers behind a van, surrounded by a group of shouting onlookers.

The vehicle in question appears to have been rented from a company based in Wales, Pontaclun Van Hire.

A woman named Hajal said her sister witnessed the immediate aftermath of the incident.

She told LBC Radio: ‘Everyone was just running everywhere she didn’t realise what was going on at first until she people on the floor.

‘She ran to see first victim and realised it was a family friend.’

‘An old man didn’t have a pulse. Police came and took over. She said it could have been an accident.

‘At first she thought there was some sort of fight. There were 15 to 20 people hitting somebody – she didn’t realise it was the man who ran over the people.

‘She said someone was still under the van but he was breathing. The second [more seriously injured] person was family friend who at first said he couldn’t feel his legs.’

Another person who lives nearby, Ishmael, told the station: ‘I pray there regularly. I’m there right now. There’s a very close friend of mine and in a very bad critical condition.

‘I hear from the other guys that they just stand there and have a coffee.

‘The van drove to there. I had just left the area because I wasn’t feeling very well.

‘One of my friends witnessed it. He told me the van went through the people standing there. 6 or 7 people, and one Asian guy is definitely dead.

‘My friend is in bad critical condition. He was under the van. His head was bleeding.

‘Someone took a video of him. Very shocking video. He’s got family and a wife.

‘The police answered the phone and told me he’s alright. But the other friend they don’t really know his condition. They’re both in ambulances and heading to a London Hospital.

‘This is Ramadan and there was no security at all. Anyone who wants to do anything can come there. If someone wants to kill hundreds they can come there easily.’

Cynthia Vanzella said on Twitter: ‘Horrible to watch police officers doing cardiac massage at people on the floor, desperately trying to save them. I just hope they did.’

Another witness told the BBC: ‘Very shortly after getting home form the window I started hearing a lot of yelling and screeching and a lot of chaos outside so I ran down the street to see what happened and everyone was shouting a vans hit someone.

‘People were shouting that this was a white supremacist attack people were very angry, police were very calm and kept moving people back.’

A Met spokesman said officers were called at 12.20am ‘to reports of a vehicle in collision with pedestrians’.

They added: ‘Officers are on scene with other emergency services. There are a number of casualties being worked on at the scene. There has been one person arrested.’

The incident follows two terrorist attacks in a matter of weeks at Westminster, Manchester and London Bridge.

The Muslim Council of Britain has confirmed that worshippers leaving Finsbury Park Mosque were targeted when a van ran into them, adding: ‘Our prayers are with the victims.’

London Ambulance Service Deputy Director of Operations, Kevin Bate said: ‘We were called at 12.15am to reports of a road traffic collision at Seven Sisters Road.

‘We have sent a number of ambulance crews, advance paramedics and specialist responses teams to the scene. An advance trauma team from London’s Air Ambulance has also been dispatched by car.

‘We are working closely with other members of the emergency services at the scene.

‘Our priority is to assess the level and nature of injuries and ensure those in the most need are treated first and taken to hospital.

Moesha Buduong gets heads turning as she poses in London [Video] 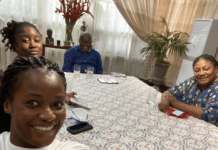 Man electrocuted at a mosque in Kumasi 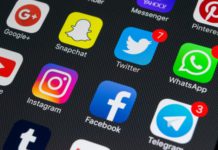 EC should have prosecuted disqualified Presidential aspirants in 2016 – Ben...