Some 15 traders have been arrested in Kumasi for defying the government’s two-week restrictions on movement.

Traders were ordered not to ply their trade at the Doctor Mensah Market, but the culprits were caught trading and not observing the social distancing protocol.

Speaking for the Ashanti Regional Police Command, Godwin Ahianyo said the affected traders will be made to sign bond of good behaviour after which they will be released.

He also disclosed they will be given warning letters and must be available when they are needed for further enquiry.

In addition, he explained they will not be put before court because of the case involved, but it is just to serve as a deterrent to other market women.

Mr Ahianyor pleaded with all market women to work judiciously and comply with every directive in the eradication of the virus. 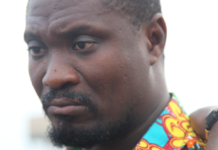 I’m a bad person, and I need to die – S3x predator confesses as police arrest him 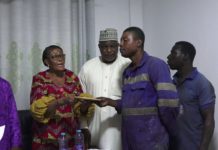 Kidnapper nabbed while attempting to steal kids at school [Video]