Nana Yaa Asantewaa Bonsu, the queen mother of Pakyi Number 1 in the Ashanti region, who is the wife of Mohammed Sadat, a main suspect, has turned herself in to assist Police in Kumasi in investigations over the murder of Otumfuo’s Asamponhene, Nana Kwadwo Afoduo.

Nhyira FM’s Ohemeng Tawiah reported on Adom FM’s Midday News that the action of the queen mother follows news  of the main suspect, Mr Sadat’s arrest by police in Paga and Burkina Faso in an attempt to escape to Senegal.

The police have expressed confidence that the arrest of the suspect, who was declared wanted by police in August, will help bring closure to investigations into the brutal murder of the late war marshal of the Asantehene.

Meanwhile, three others, including a confidant, linguist and a friend of the late chief have been assisting police investigations after being granted bail after their arrest a month ago. 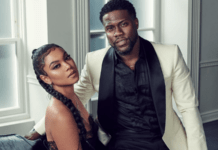