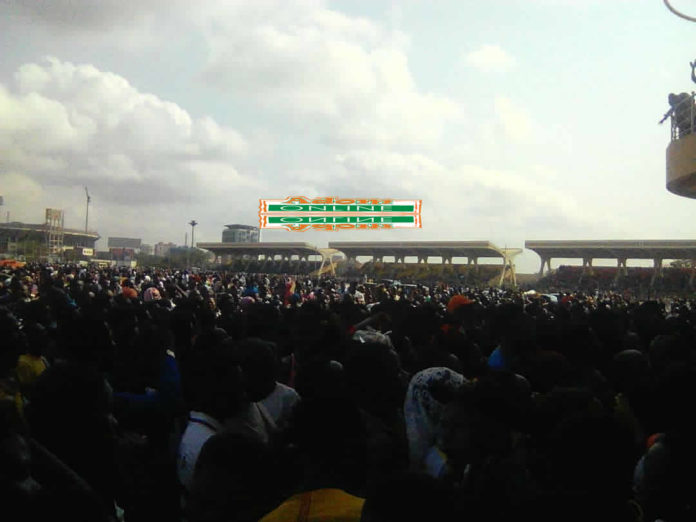 The pandemonium at the Black Star Square where frustrated parents seeking admission for their wards into various Senior High School (SHS) was politically orchestrated, Member of Parliament (MP) for Sekondi, Andrew Egyapa Mercer, has said.

Mr Mercer has alleged that most of the people who thronged the Independence Square were bused by a political party just to create tension and make government unpopular.

At least two teenagers reportedly collapsed at the Independence Square Monday, September 16, 2019, while in a queue, waiting for their placements to be sorted.

They were among thousands of frustrated parents and guardians whose children were either not placed or wrongfully placed by the Computerised School Selection and Placement System.

The Ministry of Education has blamed the chaos on technical hitches in the software which manages the placements.

“A political party bused people to the Black Star square to create confusion in the country,” he alleged.

This notwithstanding, the Sekondi MP said there was no cause for alarm because the Education Ministry was working hard to resolve the issue.

READ ALSO: AMA apologises to Multimedia over assault on journalist

He appealed for calm as the government works assiduously to resolve challenges in the implementation of the free SHS policy.

“There are more places than students so everyone will get admission,” he added.