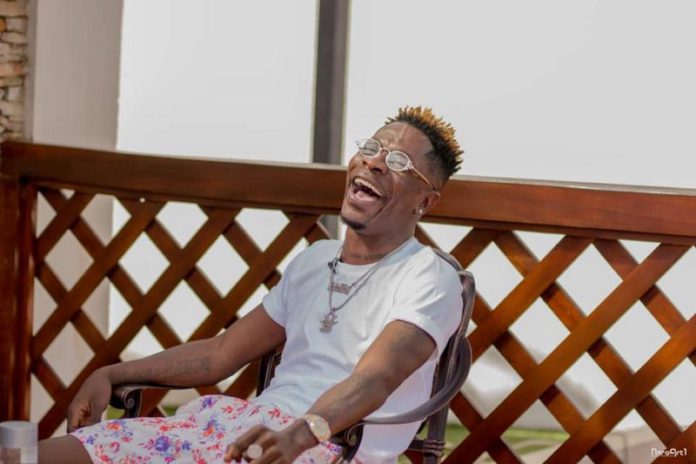 Dancehall King, Charles Nii Armah Mensah Jnr, known in the showbiz circle as Shatta Wale has shed some light on where his tithe is paid.

Unlike many Christians who fulfil their religious duties of sending their tithes to the church, the musician has revealed that he takes his tithes to the streets.

“I pay my tithes on the streets. If I get a show, I make sure that I use like GHC 10,000 on the streets. Anywhere I go, I find these boys on the streets and dash to re-boost their business” he told Paul Adom-Octchere on Good Evening Ghana show monitored by Adomonline.com.

According to the ‘Chop Kiss’ hitmaker, even though he has not been regular at church as a result of his busy schedule, he makes a conscious effort to pray and read the Bible.

ALSO READ: Breast cancer will not have killed my mum at age 48 if she opened up – Stephanie Benson

Shatta who is considered by many people as rowdy has also revealed that the Bible is his “best friend”.

He explained that whether he is in sorrow or in joy, he will never break the covenant he has with God to pray and read the bible every day.