Jorge Messi, father and agent of Lionel Messi, said on Wednesday he thinks it will be “difficult” for his son to stay at Barcelona.

Messi senior landed in Barcelona on Wednesday ahead of talks with the club’s president Josep Maria Bartomeu about the striker’s intention to leave this summer.

Messi senior flew in from the Argentine city of Rosario, landing at the private terminal in Barcelona’s El Prat airport on Wednesday morning.

Asked by reporters about the possibility of Messi staying, Jorge Messi said: “Difficult”. He was then asked how he sees his son’s future at Barca, to which he replied: “Difficult, difficult”.

When the prospect of joining Manchester City was put to him, he said: “There’s nothing yet.” It was suggested he had spoken already to City coach Pep Guardiola. “I didn’t talk to Pep,” Jorge Messi said. “Not to anyone.”

Jorge Messi will be hoping to unblock the stand-off between Barca and his son, which threatens to descend into an expensive and bitter legal battle if a resolution cannot be found.

The 33-year-old striker boycotted Barcelona’s first pre-season training session on Monday, as he tries to force his way out of the club he joined as a 13-year-old.

Yet Barcelona insist their captain will only depart if his 700-million-euro ($833 million) release clause is activated, a stance that has been backed up by La Liga, that says that release clause still applies.

But Messi and his lawyers argue he is allowed to go for free this summer according to another clause in his contract, which they claim was triggered on August 25 when a burofax stating Messi’s intention to leave arrived at Camp Nou.

If Messi joins another club but loses in court, he could be liable to pay the 700 million euros Barcelona are owed.

Abu Dhabi-owned Manchester City are the firm favourites to sign Messi, not least because of his previous success with City coach Pep Guardiola. Inter Milan, Juventus and Paris Saint-Germain are also interested.

Messi last week told Barcelona he wanted to leave the club and invoked a contract clause that allowed him to depart for free at the end of the season. But Barcelona claimed the clause expired in June and said he must see out his current contract until June 2021, or leave by paying the buyout clause of 700 million euros ($837 million).

Barcelona has been saying it will not facilitate Messi’s departure and will only negotiate a contract extension. The club has offered the Argentine a two-year extension that would keep him with Barcelona through the 2022-23 season.

Besides talks with Messi’s father, the club also hopes to sit down with the player himself.

The club hopes, though, that it can solve the problem by meeting with Messi in person and convincing him that the best decision for him is to stay.

Messi, who has often said in the past that he wanted to finish his career with Barcelona, has not publicly expressed his reasons for wanting to leave. He never directly named Bartomeu in his criticism of the club, but the president said last week he was willing to resign if Messi cited him as the problem.

Barcelona said it was not talking to any clubs about a possible transfer but it was open to negotiating for the players who incoming coach Ronald Koeman said were not included in his plans, including Luis Suárez, Arturo Vidal and Samuel Umtiti.

Ivan Rakitic, who also was in that list, was signed by Sevilla on Tuesday.

The three others have been training with the rest of the squad for now, including Suárez, a longtime teammate and friend of Messi. The club said there was no agreement reached yet for his transfer.

Barcelona will start the new season against Villarreal in the Spanish league at the end of September.

Inter Milan meanwhile stated they have no plans to try and sign Lionel Messi nor the financial means to engineer a deal for the six-time Ballon d’Or winner, a club official said Tuesday.

“I don’t know where some ideas can come from,” Inter sporting director Piero Ausilio told Sky Sport Italia. The Serie A runners-up have been linked with a move for Messi along with Manchester City and Paris Saint-Germain if he leaves Barcelona.

“No coach, no president wouldn’t want Messi in their team. But the reality is very different,” he added, as the Italian transfer window officially opened on Tuesday.

“Our reality is a sensible transfer market.” 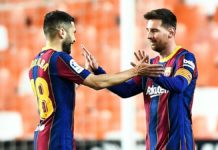 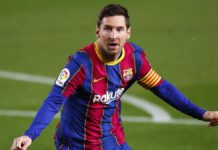 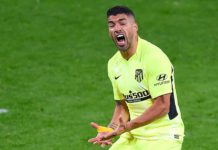 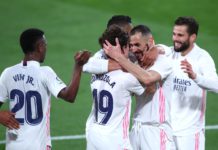 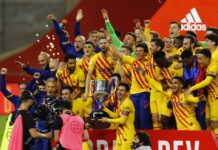 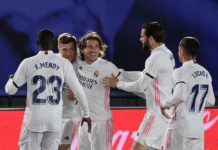