President Nana Addo Dankwa Akufo-Addo has implored his colleague African leaders to focus on job creation in their countries to stem the tide of migration.
He said the presence of opportunities on the continent will stop hundreds of Africans with “so much resilience” from crossing the Mediterranean Sea to Europe in search of greener pastures.
At a joint press conference with visiting Netherlands Prime Minister, Mark Rutte Thursday, the president said systems need to be built to address the migration crisis.
The African Union and the European Union have been busy this week after CNN released footage from Libya that showed African migrants being sold in open slave markets.
The youth reportedly from Niger and other sub-Saharan countries were seen being auctioned off for about $400 (¢1814).
The International Organisation for Migration (IOM) has said there are between 700,000 and one million people in Libya, awaiting their turn to cross the Mediterranean.
Leaders in both Africa and Europe met in the Ivorian capital, Abidjan, to devise an emergency migrant evacuation plan to be implemented in the coming days.
Under the plan, migrants will be repatriated to their home countries under the supervision of IOM.
Already, Ghana has evacuated at least 127 migrants, while more than 200 Nigerians have been flown back home.
President Akufo-Addo said the youth will stay in their individual countries if more opportunities are created for them.
“These young men who are showing so much resilience and ingenuity in crossing the Mediterranean using rickety boats…we want to have those energies working in our countries,” he said.
He called on African leaders to “build systems” that will make “our young Africans to stay in Africa.”
Netherlands Prime Minister, Mark Rutte told the media his country is committed to ensuring that “young Ghanaians and other Africans” will build a bright future in their countries.
“Rather than risking their lives to travel to Europe, a journey that almost always fails” they should see opportunities home, he said. 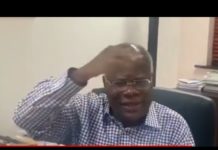 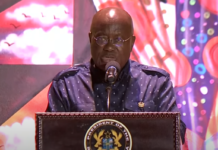 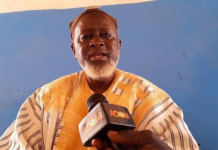