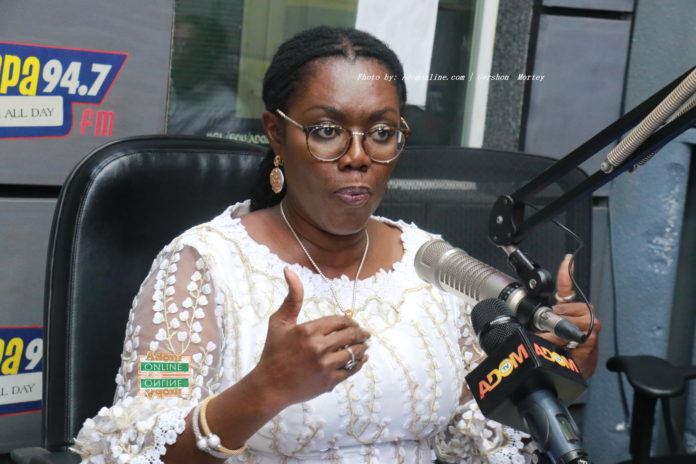 Ursula Owusu-Ekuful, who has been acclaimed as the Parliamentary Candidate for the New Patriotic Party(NPP) in the Ablekuma West Constituency, expressed optimism of her chances of retaining the parliamentary seat in the coming elections.

She has, therefore, charged constituency members to double their efforts to ensure victory was granted in the 2020 December elections.

Addressing delegates and executives on Saturday after being affirmed as the party’s Parliamentary Candidate ahead of the December polls, Mrs Owusu-Ekuful, who is the incumbent Member of Parliament (MP) for the area, said members could not afford to be complacent if the party was to retain the seat in the coming elections.

She said since the party took office in 2016, the constituency had seen some development, adding that such achievements gave her better chances of retaining the seat for the party.

“Since the constituency was established in 2012, Ablekuma West constituency has been the seat of the NPP. We have held the seat when we were in opposition and we have retained it in power. Whilst in opposition we all know how much we struggled here and we have witnessed the development since we came into power three and a half years now.

She added that the party remains committed to delivering on its promises to better the lives of all in the constituency in the coming years.

The Ablekuma West Constituency has been in the grip of the NPP, winning the previous two elections since it was carved out of the then Ablekuma South Constituency in 2012.

Mrs Owusu-Ekuful, who doubles as the Minister of Communications, would be hoping to retain the seat for the NPP for a third successive term, having won the two previous elections in 2012 and 2016.

She, however, has to beat competition from Reverend Kweku Addo, the parliamentary candidate for the NDC come December 7 if she is to return to the August house in 2021.

She is one of Sixty-seven candidates nationwide who are contesting the parliamentary primaries unopposed, and one of just seven in the Greater Accra Region.

Mrs Owusu-Ekuful further urged party faithful to unite to brighten the party’s chances in the elections saying; “I am prepared to work with any person willing and committed to working on behalf of the party.”

She entreated all party members to ensure that they registered in the upcoming new voter registration exercise to enable them to vote in the December 7 general elections.

Mr Daniel Parker France, the Greater Accra Regional Secretary reiterated the need for unity to prevail in the party, specifically in the Ablekuma West Constituency, to ensure victory in the 2020 elections.