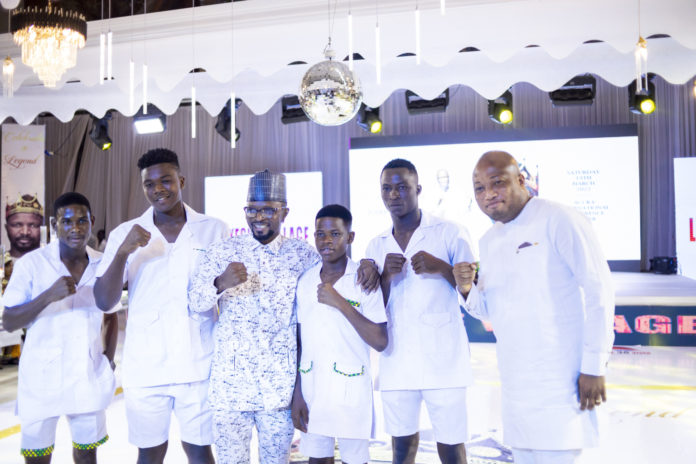 Lakeside village, one of the esteemed brands of Net 36 Vista on Saturday honoured and celebrated the Ghanaian boxer Joseph ‘Kingkong’ Agbeko with a dinner at the Accra International Conference Center (AICC).

According to the organizers, they honoured the former two-time International Boxing Federation (IBF) World Champion for his achievements as a professional boxer, his contribution to the boxing industry, and also as the brand ambassador for Lakeside Village.

Representing President Akufo-Addo as the guest of honour was the Deputy Chief of Staff.

He lauded organizers of the event for recognizing and celebrating the achievements of the former World beater.

After wining and dining, the celebration was climaxed with live band music played by the Military band.

Also in attendance with great live performances for the well-organized event were Kofi Kinaata and Mr. Drew, who endeared themselves to the audience with their respective deliveries.