He said this as part of his reflection of the ‘ugly’ past under Ex-President Jerry John Rawlings when he was imprisoned for standing against oppression.

Mr Baako said this when speaking on Accra-based Peace FM.

“The things that kept us were the radio and the Bible and even for the Bible, we were using it as rizla to smoke weed and that was our oxygen for life,” he said.

However, he said he agreed with the ex-president on one thing, a special quote:”Populist nonsense must make way for popular sense.”

“That was somewhere in August or September 1982 in prison when Rawlings had unleashed monsters and could not control them and I fell in love with that, will never forget,” he recalled.

Mr Baako was arrested for being part of a plot to reverse the unconstitutional and treasonable disruption of the four-year mandate of the Limann Administration. 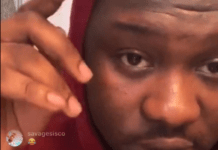