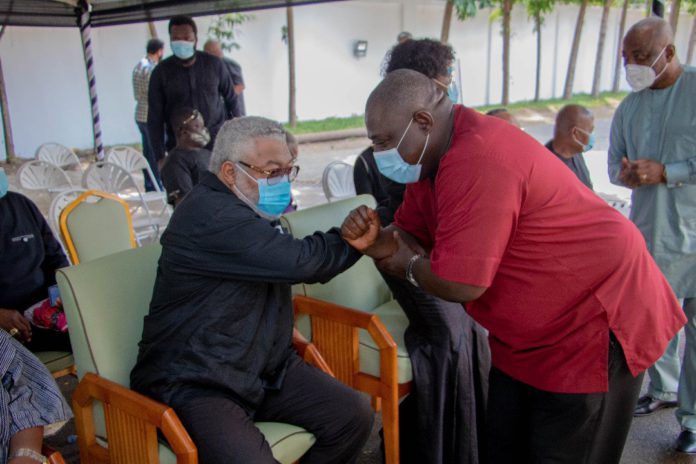 Founder of the Atta Mills Institute, Koku Anyidoho, has paid a courtesy call on former President Jerry John Rawlings and his family to mourn with them over the loss of their mother, Victoria Agbotui.

During the visit, the duo signed the book of condolence for the family.

The body will be taken to Dzelukope in Keta for the final internment after a funeral service at the State House.