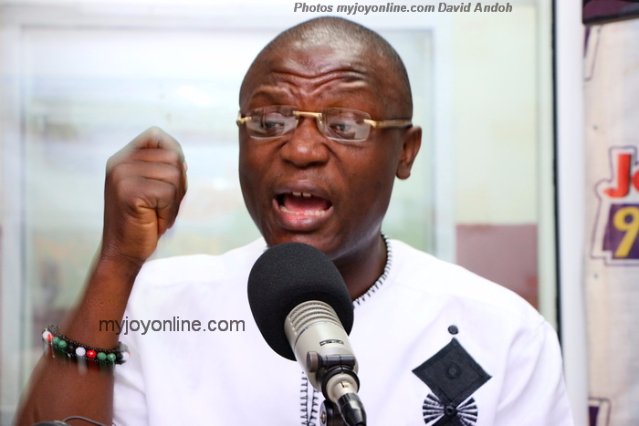 Former National Organiser of the National Democratic Congress (NDC), Kofi Adams, says he will work to improve the party’s foothold on Buem when he becomes the Member of Parliament.

Mr Adams is confident of winning the Oti Region seat on the ticket of the NDC if he is victorious the primaries slated for August.

“One of my mandate, when I become a candidate, is to bring back the constituency where it used to be,” he said on Newsnite on Joy FM, admitting that NDC’s votes from the constituency have been dwindling over the past years.

He said having served in many capacities within the party, he is best suited to be the legislator for the constituency.

Mr Adams filed nominations for Buem constituency in 2013 together with twelve others to contest when the seat became vacant following the untimely death of Henry Kamal Ford who was the Member of Parliament for the area.

However, he was disqualified by the National Executive Committee of the party for being under suspension for alleged involvement in a secret recording.

He will be seeking to unseat incumbent MP for Buem, Daniel Kwesi Ashiamah, in his campaign to become MP.